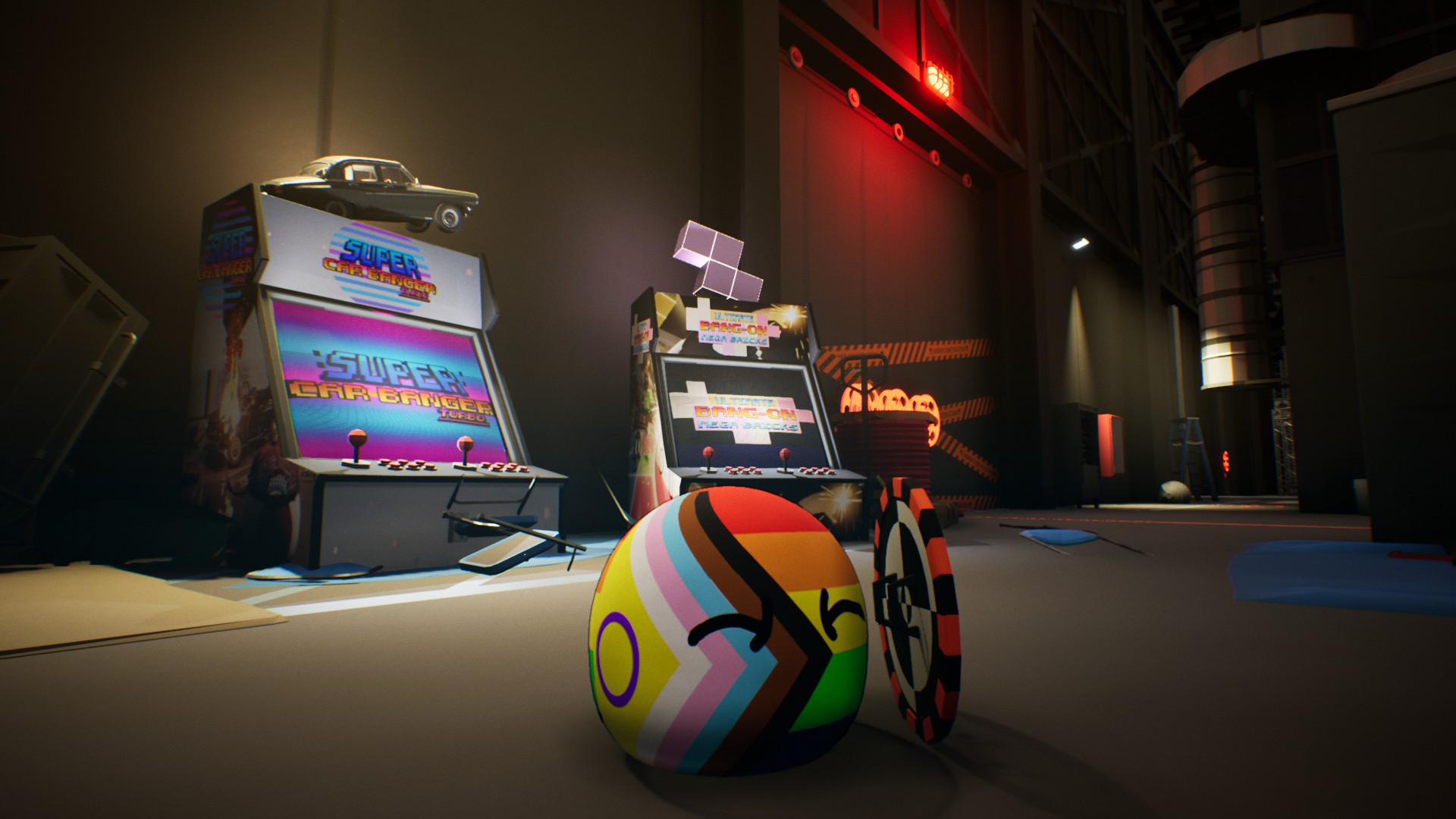 Bang-on Balls: Chronicles is a ball-themed 3D platformer that is currently available in Steam Early Access and will eventually come to Xbox as well. In the meantime, developer Exit Plan Games continues to refine and add new content to the game. The latest addition to Bang-On Balls is two fun minigames that both support online co-op. To access the new minigames (called Arcade Challenges) in Bang-On Balls: Chronicles, find the two arcade machines in the hub world. From there, hop into either machine.

If you want to play with a friend or friends, hit the Online button and you should be matched up with another player(s). Matchmaking is actually quite confusing in this game. There might be a better way to match up beforehand, but once you join your friend(s), you'll stay together until someone leaves the session. The first Arcade Challenge, 'Super Car Banger Turbo,' is clearly inspired by the car-smashing bonus game from Street Fighter II. Players must smash a group of cars before time runs out. Rapidly smashing cars will fill up a meter that summons various destructive items like barrels and bombs that can then be knocked into a car, causing more damage. This minigame is a lot of fun with friends.

The second minigame, 'Ultimate Bang-On Mega Bricks,' is inspired by Tetris but plays much differently. Players are confined to an arena in which Tetris blocks periodically fly out from the center. You have to dodge the tetrominoes while also avoiding falling as the pieces that make up the floor disappear. It's a challenging game, and I'm not quite sure if it's possible to survive once the last floor pieces vanish. Each time gamers complete an Arcade Challenge, they gain a star for that challenge. Stars can be spent to unlock new skins and items with which to customize your character.

The title "Bang-On Balls: Chronicles" is still awfully unwieldy. Couldn't the developer drop the unnecessary world "Chronicles?" Awkward title aside, today's update is a welcome addition to a unique and promising game.

Bang-On Balls: Chronicles is now available on Steam Early Access for $14.99. It will be released on Xbox Game Preview (the Xbox version of Early Access) later this year. The game supports 4-player online co-op.