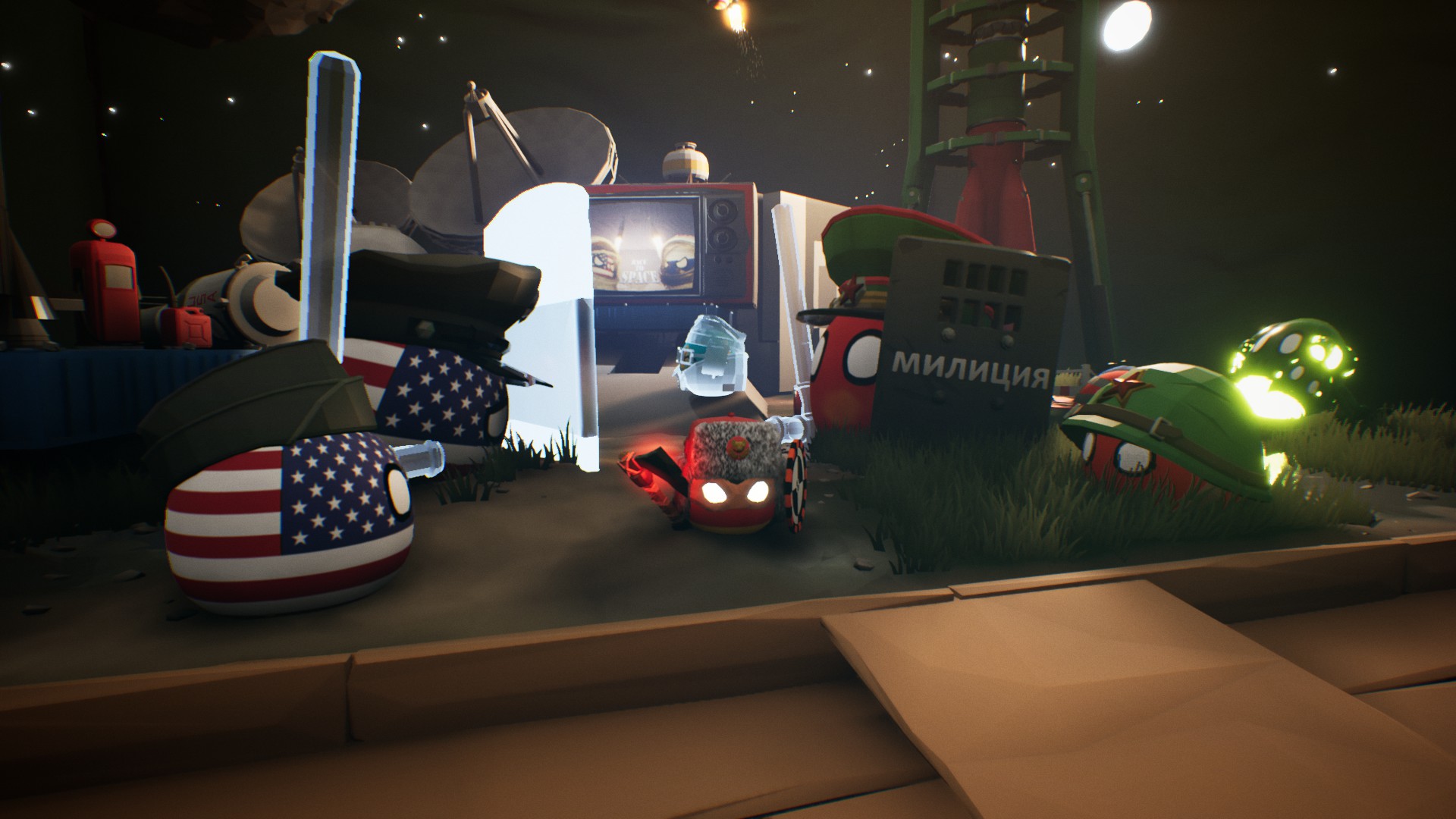 Bang-On Balls: Chronicles, the ball-themed 3D platformer from Exit Plan Games, has been available on Steam Early Access for a while now. Updates have seen the addition of new co-op minigames and huge campaign levels. The latest level, "Race to Space," is based on the real-life space race between the USA and the Soviet Union in the 1950s and 60s. It's an absolutely massive level with lots for co-op and solo players to bang on about.

To unlock the "Race to Space" level, players will first need to acquire three film reels. These collectibles are found throughout the hub world and other levels. They can then be spent to unlock new levels. Don't worry about not being able to find enough reels. Bang-On Balls: Chronicles features huge levels that are filled with areas to explore, objectives to complete, and items to find. It's all part of the fun. In "Race to Space," 1-4 players will enter a huge world and then pick a side to support/explore: either the US or the Soviets. Each side's area is vast and teeming with jokes and personality. On the Russian side, we thwarted bad balls, rescued innocent scientists, and assembled a huge rocket. Having completed the rocket, the bay doors open, revealing another gargantuan land to investigate.

Progress far enough in the level and you'll even be able to ride a country's rocket to the moon! Players can also go back and explore the other side's content, so the level will truly provide hours of ball-rolling adventure. Oh, and the new level adds plenty of additional customization items like furry hats and a gas mask for balls to wear. You wouldn't want your balls to look too plain when engaging in 4-player online co-op! Bang-On Balls: Chronicles is a Steam Early Access title, so more updates and levels are in the works. The Xbox version was previously announced for a late 2021 release, but we're still waiting on it. Console players will love the exploration and co-op wackiness that Bang-On Balls has to offer, so we hope the Xbox release is truly coming soon.

Get Bang-On Balls: Chronicles for 30 percent off the regular price of $14.99 right now on Steam. We'll have more ball-bangin' news soon!