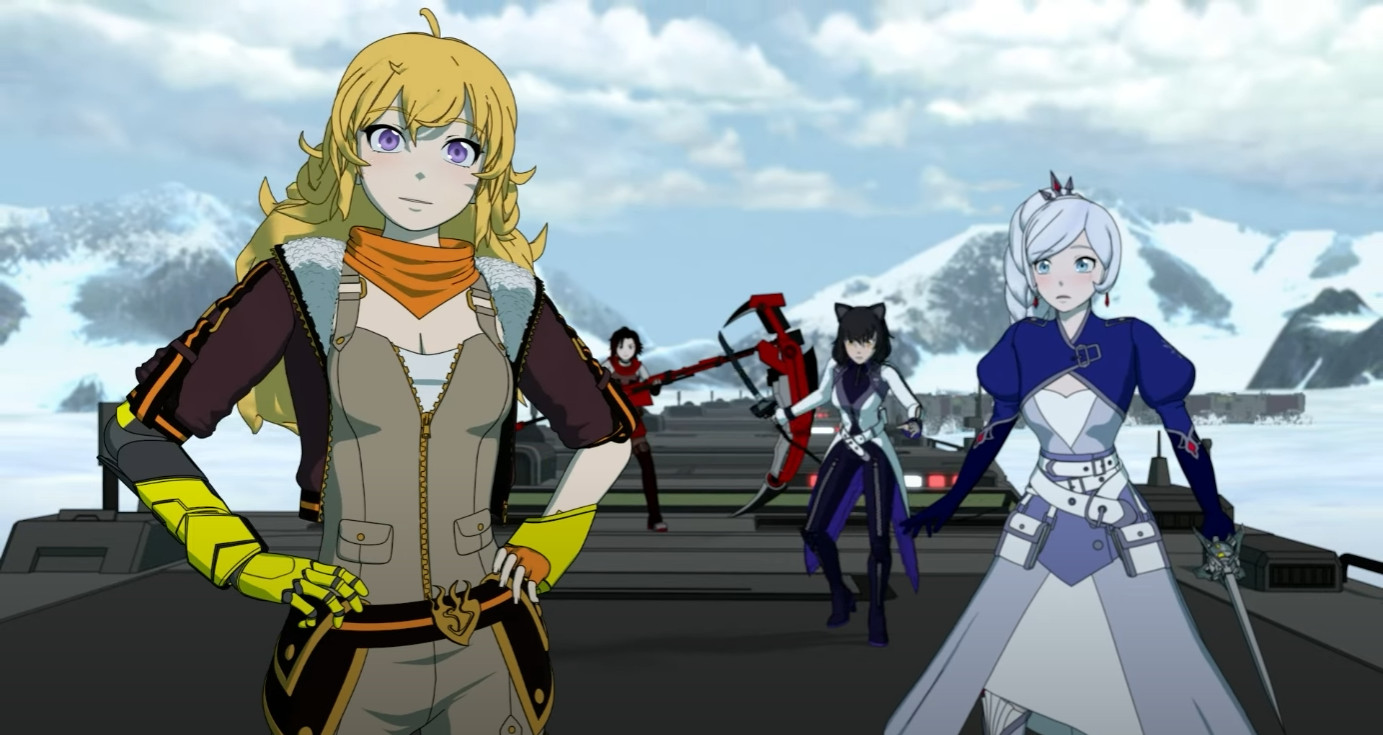 RWBY, the long-running computer-animated series from Rooster Teeth, has enjoyed several co-op games over the years. The newest game is particularly exciting because of who's making it: WayForward (of River City Girls 2 fame) and publisher Arc System Works. Today, those companies released a trailer and first details for RWBY: Arrowfell, which promises both local and online co-op 2.5D platforming action. RWBY: Arrowfell is set during the seventh volume (season) of the show. Gamers will play as team RWBY (Ruby Rose, Weiss Schnee, Blake Belladonna, and Yang Xiao Long), switching between them on the fly in solo or co-op. The team will explore Atlas, Mantle, and other locations as they fight Grimm monsters, other enemies from the show, and new threats. Other characters who will appear include General Ironwood and the Ace Operatives and a new team of Huntresses called Team BRIR. If RWBY is pronounced "Ruby," I wonder how we're supposed to say "BRIR."

The game will feature voiceovers from the show's cast, an original score by Dale North with vocals by Casey Lee Williams, and seven minutes of exclusive animated cutscenes. The in-game visual style includes 3D backgrounds presented from a 2D viewpoint and chibi versions of the RWBY cast.

Most excitingly, RWBY: Arrowfell will feature both local and online co-op. WayForward can't confirm the final number of players yet. We'll be surprised if it doesn't end up a 4-player game, but you never know!

RWBY: Arrowfell is expected to arrive sometime in 2022 on Xbox One, Xbox Series X|S, PlayStation 4 and 5, Switch, and PC. It will be released digitally and physically on select platforms.