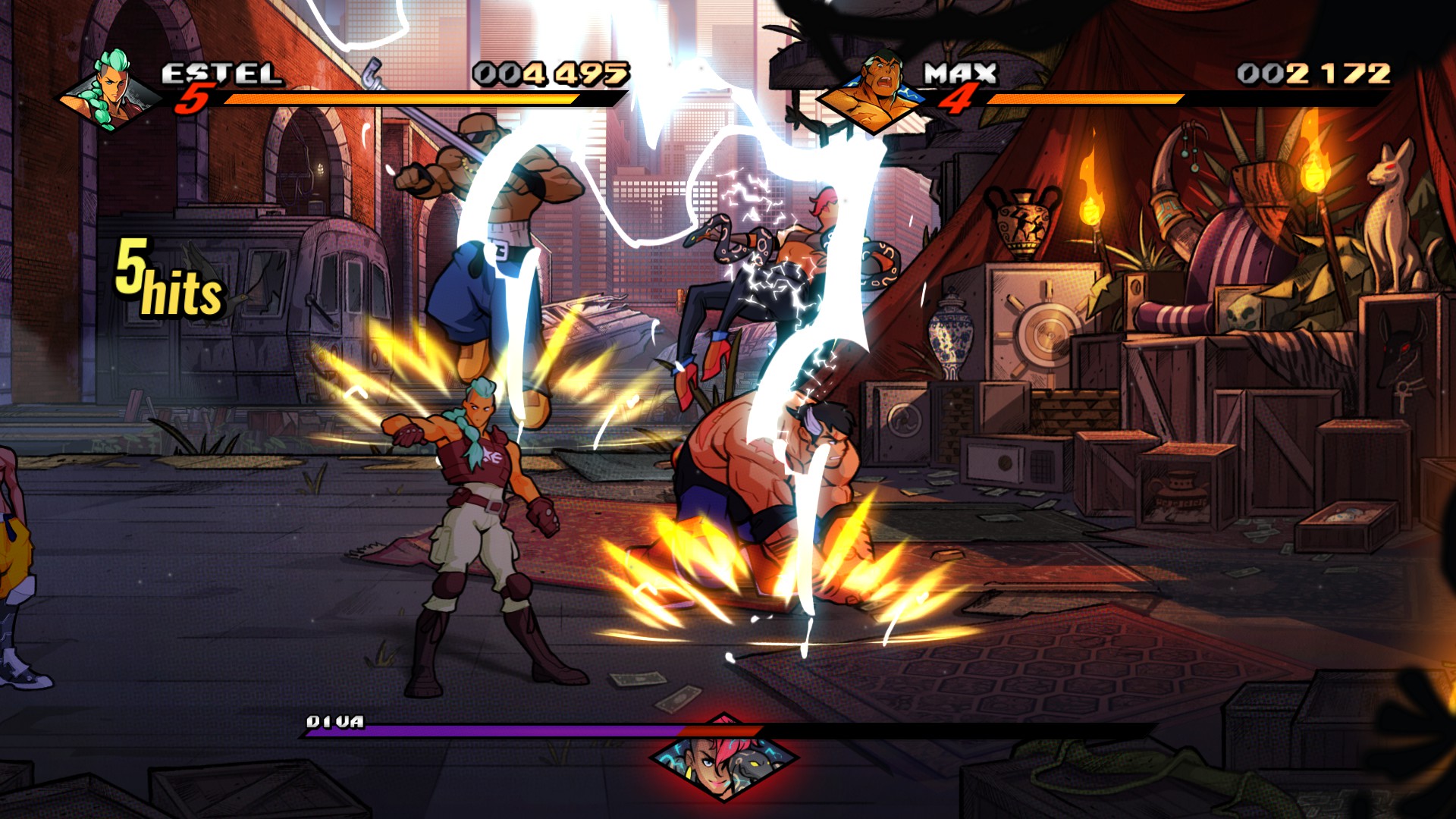 Streets of Rage 4 is a fantastic revival of Sega's classic beat 'em up series, with gorgeous hand-drawn artwork, a memorable soundtrack, challenging gameplay, and both local and online co-op. The only less than stellar thing about the game has been the long wait for new post-release content. Today, Streets of Rage 4 fans can finally take on new challenges as both a free update and the premium 'Mr. X Nightmare' DLC have arrived on consoles and PC.

The free title update, which makes the game better for everybody, includes: We gave the new content a quick spin on Steam and came away highly impressed. The new playable boss characters might not seem all that exciting given that gamers have already fought them before, but more playable characters means a lot more replayability for the game many of us have been enjoying for more than a year. The new guys are just as robust as the core characters, featuring their own distinctive modes and impressive combos for high-level players to master.

Both the new Survival and Training modes support local and online co-op, so cooperative beat 'em up fans have plenty of new things to do besides replaying the store mode. Survival is particularly cool - way better than I anticipated. After each wave the team beats, they get to select between two power-ups that last for the rest of the run. The unique stages are filled with dangerous hazards and new and enhanced enemies to beat. With the randomized content and amped-up challenge, it's like a mini Streets of Rage Roguelike! I hope to spend some serious co-op time with the Streets of Rage 4 'Mr. X Nightmare' DLC so that we can bring you more detailed impressions. After playing it for only an hour, it certainly looks like a safe bet for solo and co-op players alike.

Streets of Rage 4 is a beat 'em up from Dotemu that supports 4-player local co-op and 2-player online co-op. The game is now available on Xbox, PlayStation, Switch, and Steam, where it sells for $24.99. It's also available on Xbox Game Pass.