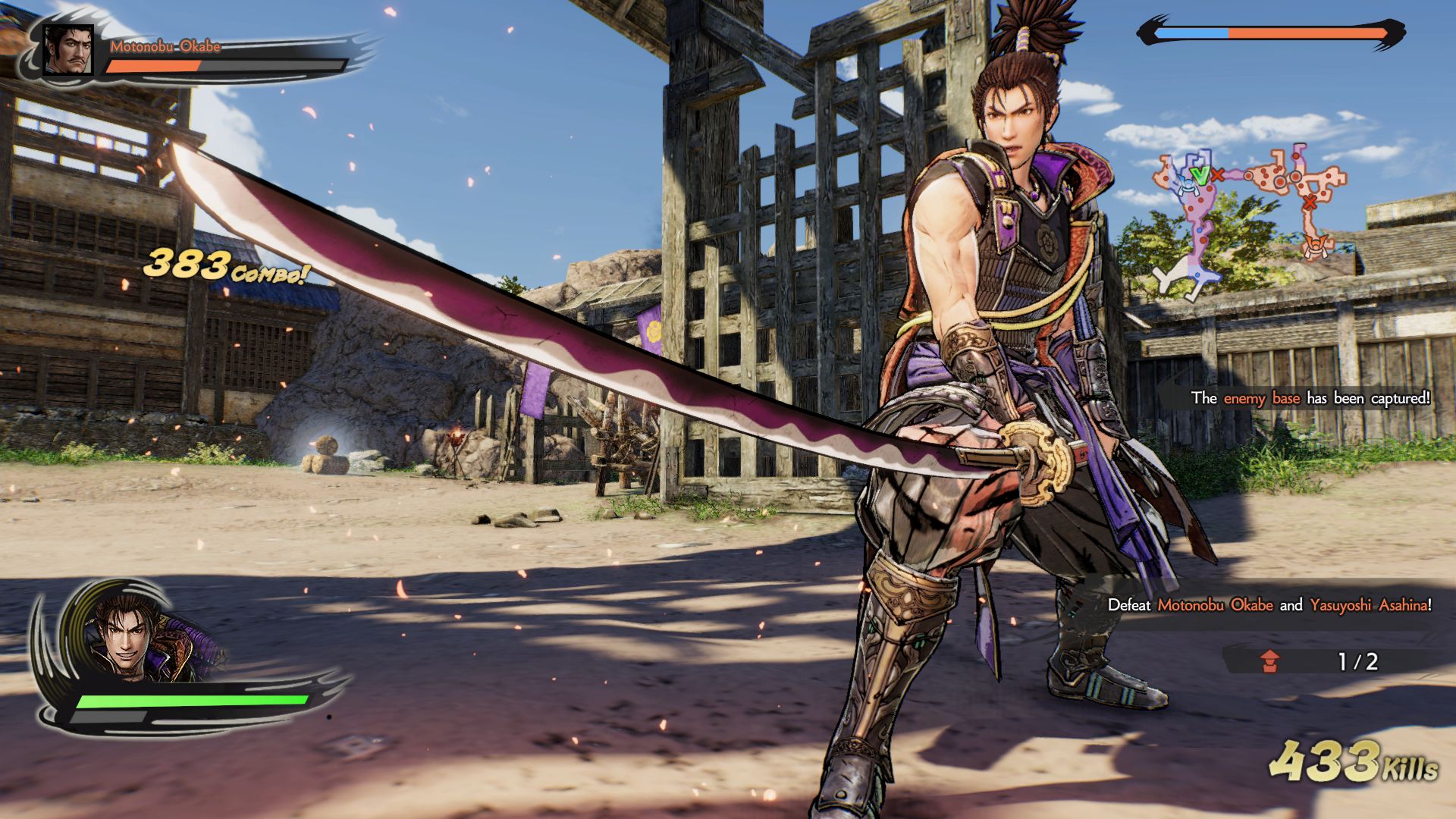 Samurai Warriors 5, the latest installment in Koei Tecmo's long-running feudal Japan-based hack and slash series, launches on July 27. Waiting can be tough, though, especially given that fans have already been waiting seven years since Samurai Warriors 4 (we won't count the iterations on 4).  To tide us over until then, Koei Tecmo has kindly released a free trial version on all major platforms. Making it even more of a must-download, progress in the demo will carry over to the full game.

The Trial Version (as it's officially called) is available to download now on Xbox, PlayStation, Switch, and Steam. The missions it offers can't be played cooperatively, sadly, but those missions will support co-op on the full release. The first thing you'll notice in the trial is Samurai Warriors 5's narrative. There's always a lot of talking in these games, fully voiced in Japanese and subtitled in English. This one features some stylish flourishes in major cinematics that make them a treat to watch. The demo itself focuses on the personal story of Nobunaga Oda, the up-and-coming warlord who will attempt to unite all of Japan.

Gameplay remains pretty close to previous Warriors games, with large crowds of enemies approaching the player for convenient extermination, and various objectives appearing on the battlefield as missions progress. The new "hyper attack" is mapped to the Y/Triangle button. It can still be combined with regular attacks for combos, but it also acts as a short dash attack to make chaining attacks easier.

As for how well the demo runs, it sure looks like it's running at 60 FPS on Xbox Series X. The textures could be higher resolution, but at least we know this game will provide a smooth experience on the right hardware. The Switch version, on the opposite end of the hardware power spectrum, is clearly targeting 30 FPS. Graphical detail takes a big hit on Nintendo's portable console, but the game still looks and feels quite acceptable.

Samurai Warriors 5 will support 2-player split-screen and online co-op. The full game will arrive on Xbox, PlayStation, Switch, and Steam on Tuesday, July 27. The standard version sells for $59.99 and the Digital Deluxe Edition, which includes cosmetic items and a season pass, sells for $89.99. Preorders will receive a set of bonus costumes.