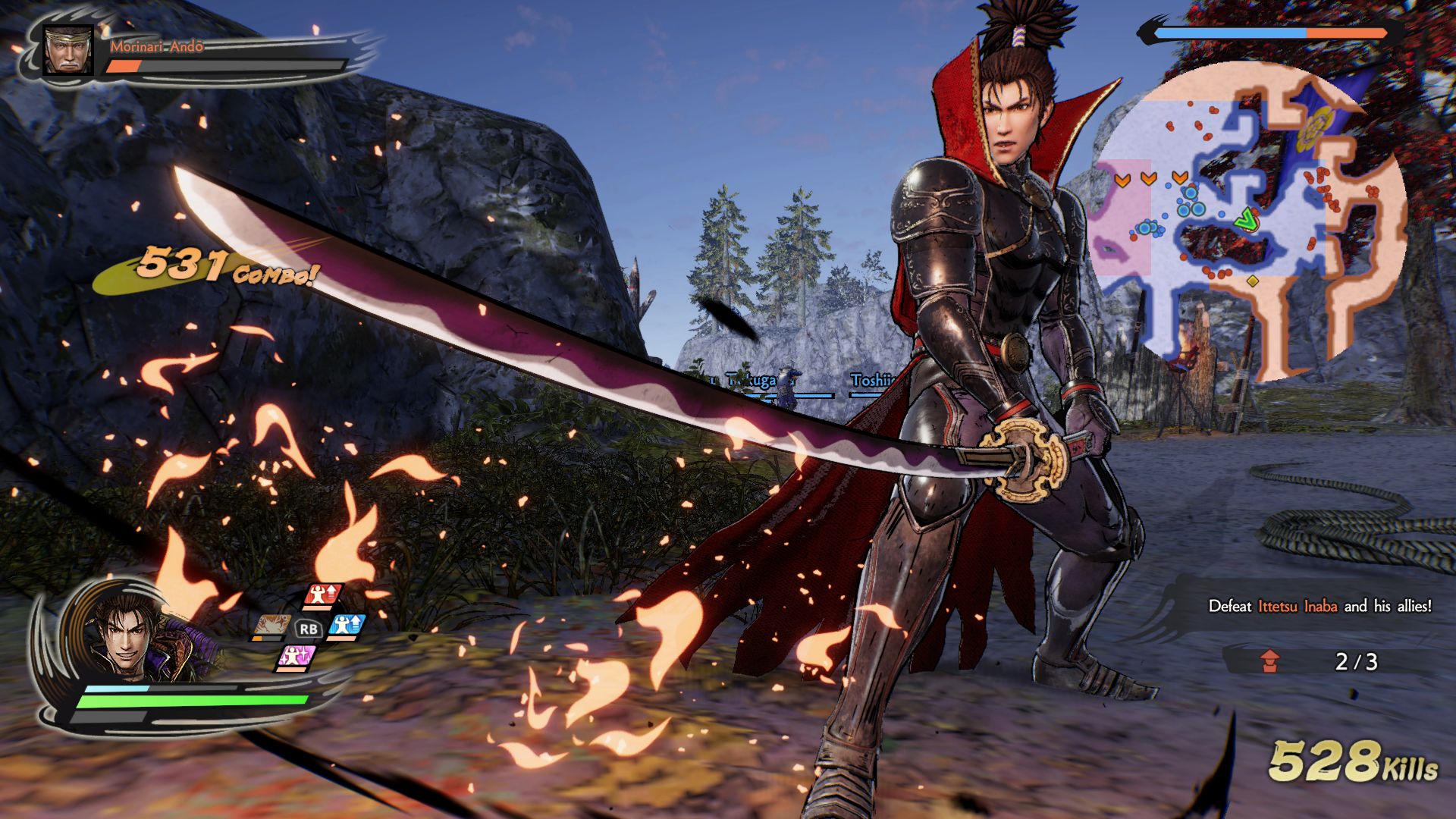 Never played a Samurai Warriors title before? No worries - Samurai Warriors 5 is a soft reboot of the series. All of the Samurai Warriors games take place during the Sengoku period of Japan's history, though they focus on different parts of the 148-year period. This game starts in 1546, focusing on the lives of Nobunaga Oda and Mitsuhide Akechi, with the story ending after the Honnou-ji Incident in 1582.

The characters have undergone a visual redesign, and the playable cast has been scaled back from 55 in Samurai Warriors 4 to 37 characters here. This should make for a more focused game and a perfect entry point for new players. Although the game isn't enhanced for Series X|S or PlayStation 5 yet, it does run at a fluid 60 FPS on those consoles, making for a great gameplay experience. As with most games in the series, Samurai Warriors 5 supports both 2-player split-screen co-op and 2-player online co-op. To unlock co-op, players will first need to complete the first three missions of Chapter 1: Nobunaga's Path in single-player. Chapter 1 consists of five missions. As these missions are completed, new features like the Dojo, Blacksmith, and Shop will unlock. Think of it as an extended tutorial.

Samurai Warriors 5 is available now in a regular edition ($59.99) and a Digital Deluxe edition ($89.99) that includes bonus outfits and a season pass. Get it on Xbox, PlayStation, Switch, and Steam. Remember, you can also try Chapter 1 out with the free demo on all platforms - progress transfers over to the main game!