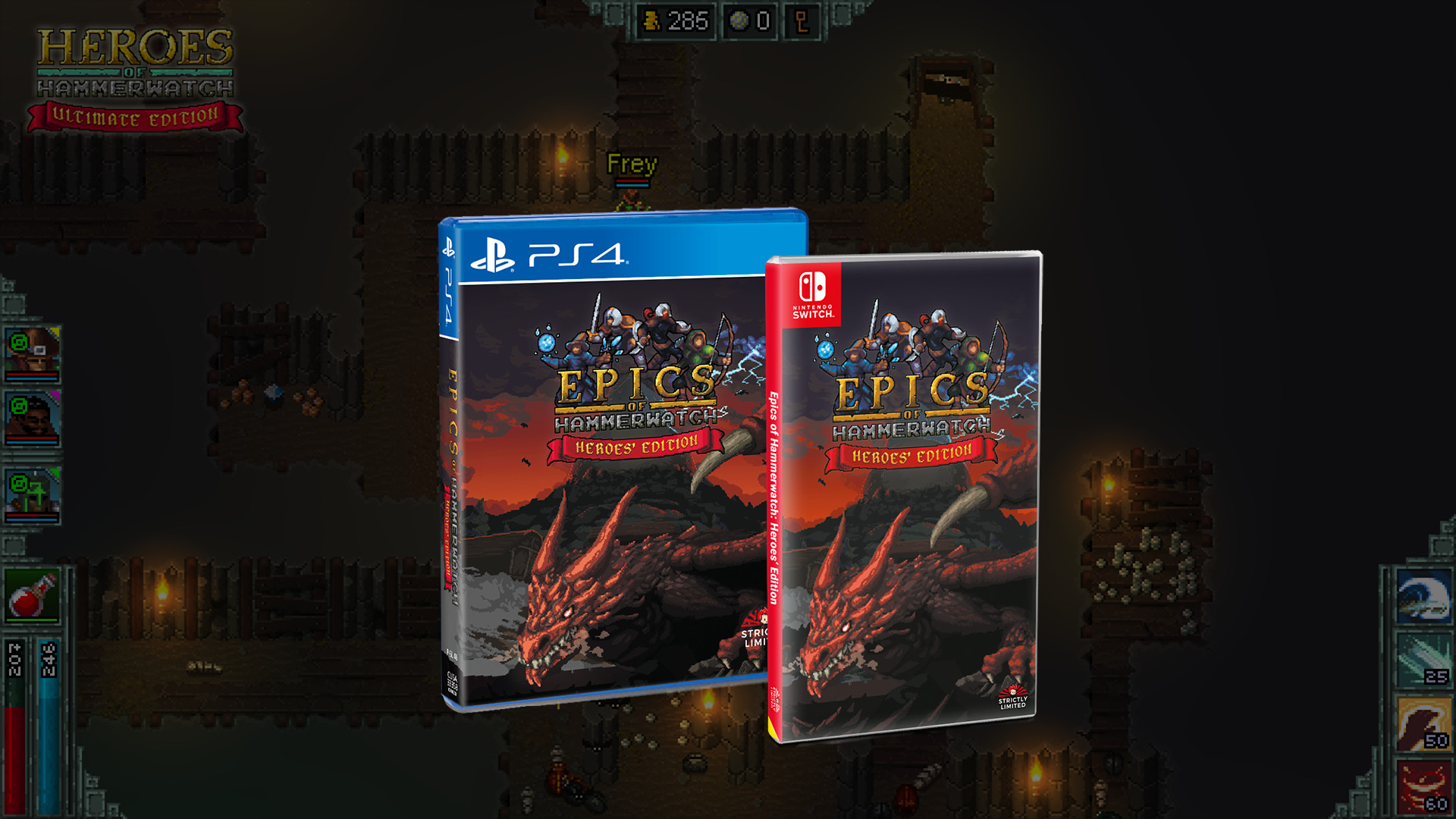 The Hammerwatch series consists of a pair of low-key co-op action RPGs. One of them, Heroes of Hammerwatch, is one of my all-time favorite co-op games! Seriously, these are great games to play with friends. Soon, serious fans will get the chance to celebrate the series when Strictly Limited Games releases the Epics of Hammerwatch: Heroes Edition collection for PlayStation and Switch. Available in both Limited and Special Limited Editions, this collection promises countless hours of challenging co-op action. The first Hammerwatch is an action-adventure set in the fantasy world of Hammerwatch. It boasts both online co-op and local co-op, something that Heroes of Hammerwatch lacks. The camera is quite zoomed out, but the pixel art is still very solid. The soundtrack is good too. Check out our full review for more impressions. Heroes of Hammerwatch is the game I fell in love with. It takes place in the same world as the first title, but the game is now a Roguelike rather than just a simple action-adventure. Players will make runs in various dungeons, progressing farther and farther as their characters grow stronger. Sending resources back to town is vital because if the whole team dies, everyone loses the money they picked up during the run. Money can be spent on character upgrades, equipment, and building new structures in town. Of course, beating the game on higher difficulty levels will require the help of some co-op buddies. The higher difficulties are so tough that a solo player will often have no chance of survival. Bringing in some skilled and properly leveled friends, though, greatly increases the chance of success. High-leveled players can also carry low-level players through runs of the game, speeding up the new players’ advancement.

The only downside to these co-op mechanisms is that once players progress far enough in the game, they will absolutely require quality partners in order to continue progression. Low-level or unskilled partners will only be a hindrance at higher difficulty levels. My advice is to get at least one good friend into the game so that you can always rely on each other.