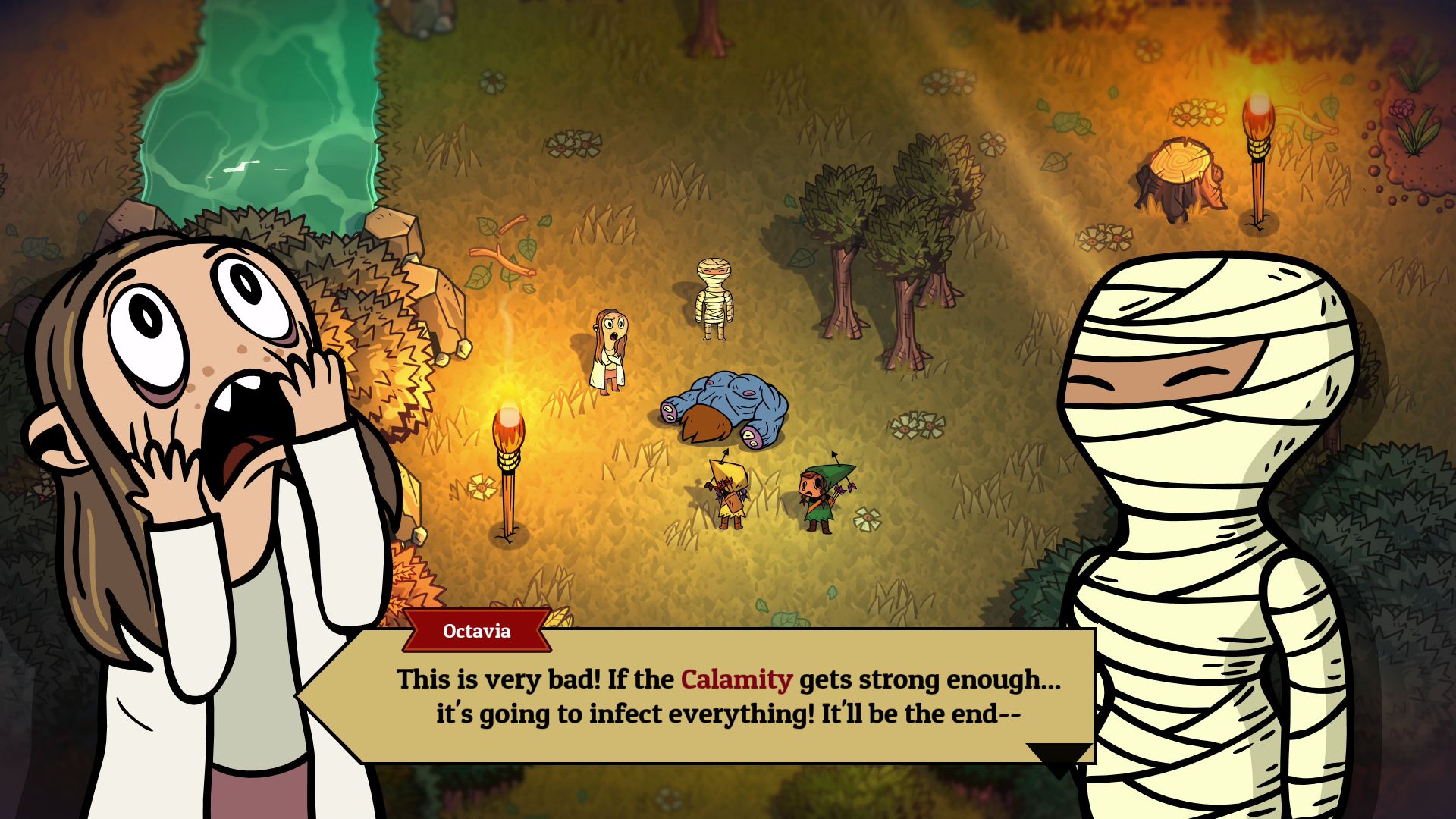 Nobody Saves the World begins with the protagonist, Nobody, waking up alone (or with a co-op partner) in his dilapidated shack. Upon venturing into town, he quickly learns that the town's chief wizard, has been kidnapped. A quick misunderstanding later, and our hero finds himself in the wizard's dungeon. From there, he'll have to defeat lots of monsters, meet silly characters, complete lots of quests, clear his name, and save the world! The difficulty in this game is a bit on the hard side, so recruiting a fellow adventurer can be helpful. To initiate local co-op, just hit a button on a second controller. A duplicate Nobody will drop right in. Fighting alongside a partner definitely makes things easier and more fun, but it's not quite a perfect experience.

As with any action-RPG, players will often need to visit menus to check quests, inventory, the map, etc. When a player enters the menus in this game, the other player can't do anything else - even when playing online. In a local game, it's understandable that the menus will take up the full screen and stop the action for both players. Online co-op, though, really should let the player who didn't open the menu continue about his or her business. We'd love to see Drinkbox address this issue in a future update. Nobody Saves the World features:

Menu issues aside, this is a very clever and unique take on the "fantasy hero must stop the apocalypse" trope, and changing into numerous forms is quite fun too.

Nobody Saves the World sells for $24.99 on Xbox, PlayStation, Switch, and Steam. It's also currently available via Xbox Game Pass, so be sure to give it a try!