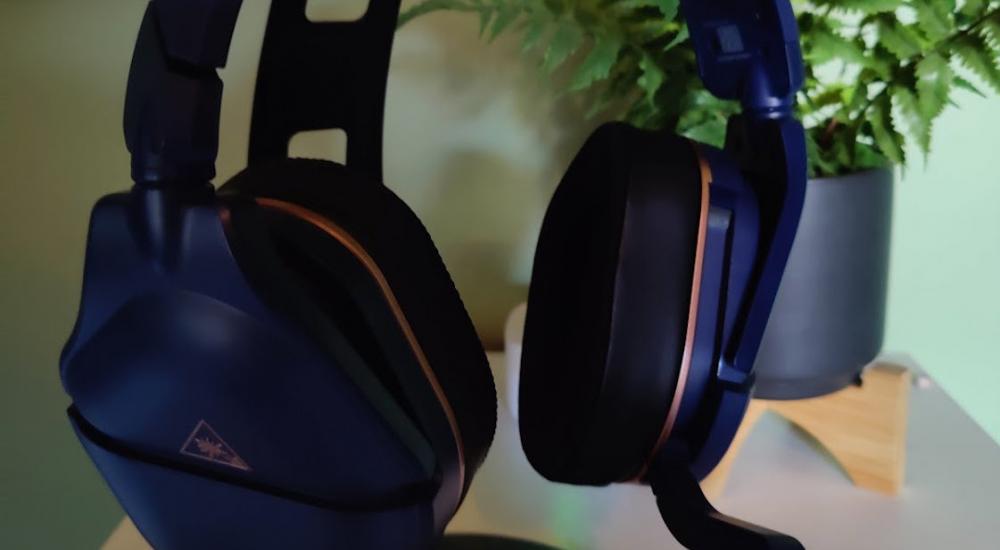 Last year I reviewed the Turtle Beach Stealth 700 Gen 2 and called it "quality comfort." In fact I've reviewed a handful of other headsets since then and still go back to the Stealth 700s as my favorites. Turtle Beach is back with a minor update this year that includes several claimed improvements with battery life leading the charge. This is also the first fully cross gen version of this headset that covers just about any platform out there - which is an improvement all to itself.

Let's talk battery life first. You are going to get 40 hours of listen time on these which is double last years model. Let's put it this way - I've had these for two weeks and after the initial charge I still haven't seen the battery go below "medium." I'm gaming daily for at least a few hours a day - so Turtle Beach delivered.

The other improvement of this headset is it's compatibility with multiple platforms through the same USB adapter. The Stealth 700 Gen 2 Max will connect lag-free via wireless USB and Bluetooth to m Xbox Series X|S and Xbox One, PS5 and PS4, Nintendo Switch, Windows PCs and Mac, and compatible iOS and Android mobile devices. Most devices will use the trasmitter - save for your mobile phones. There's a switch on the transmitter to change between Xbox and Other modes.

From a pure performance standpoint these are identical. Same 50mm drivers deliver the signature "super human" sound. I tend to agree that out of the box, these are precisely how I want a gaming headset to sound. If you don't like it you can use the app on your phone to tune the equalizer or switch to another preset. Performance also includes the microphone, which while stiff, does a great job of picking up chat audio and filtering out the noise. There's a flashing light on the transmitter that alternates between green and red to show you when you are muted via flipping up the mic.

The Turtle Beach Stealth 700 Gen 2 Max come in Black and Cobalt Blue, and I dare see the blue ones are some of the best looking headsets I've seen in a long while. For some reason Turtle Beach has increased the price $50 over last years model for basically increased battery life - it's quite a steep price hike - and defintiely decreases the overall value to delivery ratio of the product. I still recommend these for anyone looking for a new headset, but I wouldn't upgrade from last years model just for the battery life.