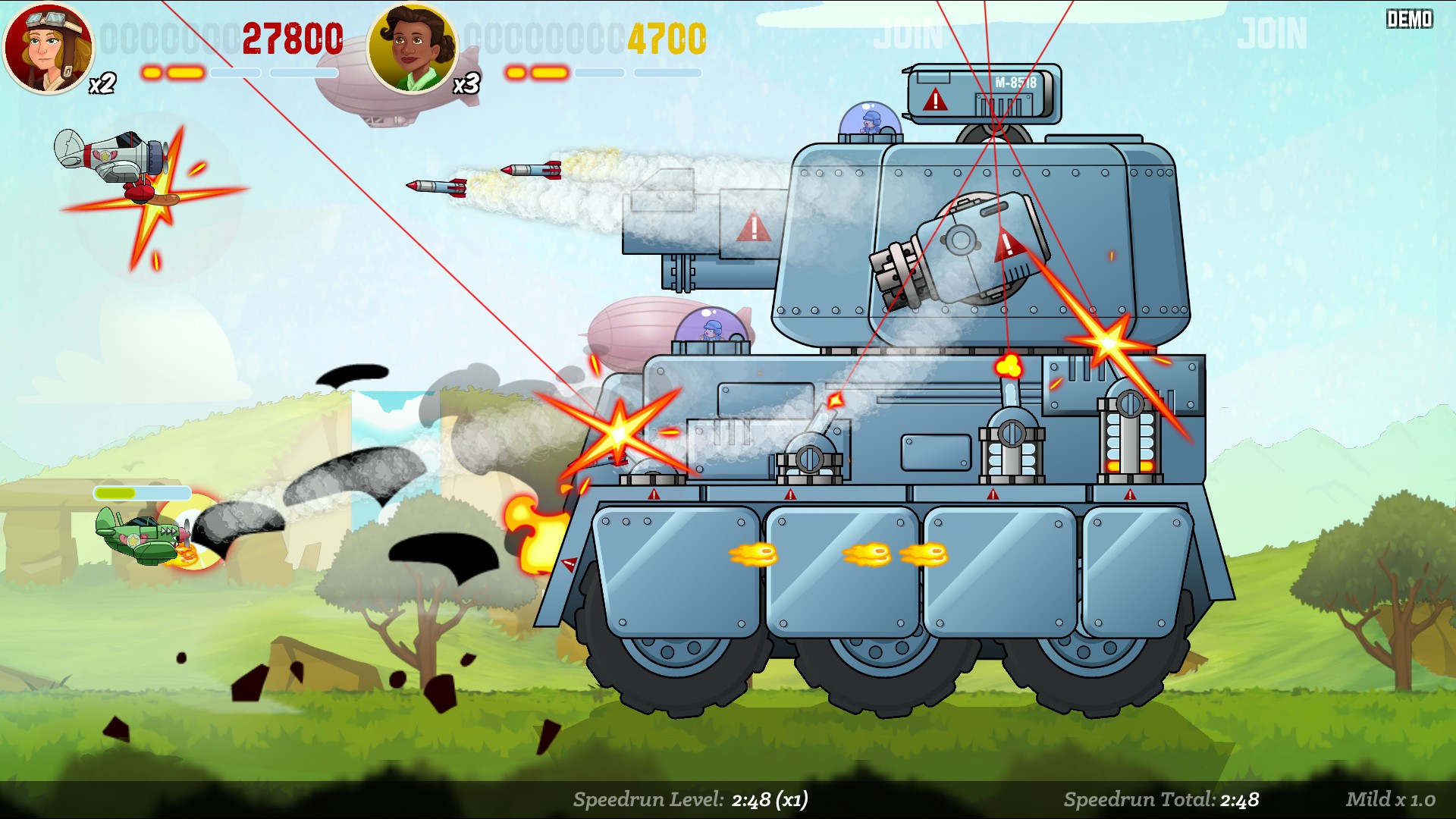 Shoot 'em up is a genre that's pretty much always more fun with a friend, which is why we're pretty stoked for Dogfight from Hound Picked Games. The upcoming shmup will feature local 4-player drop in, drop out co-op - that's four times the fun! Dogfight features a silly sausage theme and colorful visuals, so it should be a great family game. There's a Steam demo out right now, and the full game is planned for consoles and PC by the end of the year.

The demo of Dogfight that we played offers several levels and supports 4-player co-op, so this is one game that definitely won't mysteriously launch without co-op! Players can choose from several difficulty levels and several distinct pilots as they fly missions against the evil Vega Nation. The story, dialog, and names all make copious references to sausage for some reason. The planes also drop sausage bombs. Well, sausage is delicious! In my quick co-op session, I was highly impressed by the game's cheerful and family-friendly aesthetic. Everything is bright, colorful, and pretty. When you shoot down an enemy plane, the pilot drops to the ground and runs away, which is just too cute. Power-ups are frequent and interesting, and the boss we fought is suitably huge and intimidating. Between levels, players can also swap out different guns and bombs they've unlocked.

Dogfight comes from Katsu Entertainment (also a food reference!) and Hound Picked Games. The game is targeted for a Q4 2022 launch on Xbox, PlayStation, Switch, and Steam. We'll keep a lookout for this one; we're bound to get hungry before launch!