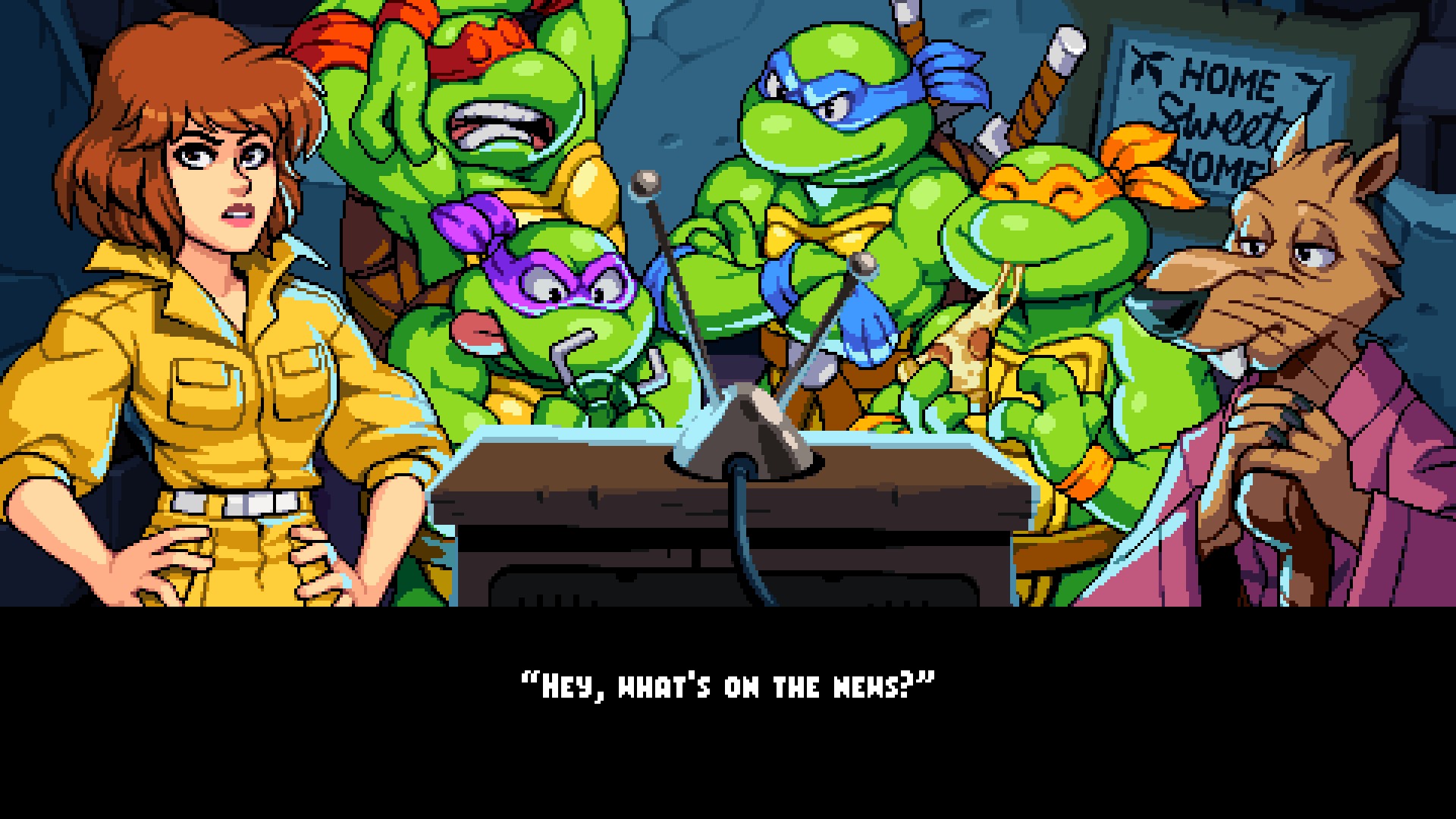 We've been hyping both Teenage Mutant Ninja Turtles: Shredder's Revenge (the game from Dotemu and Tribute Games) and its soundtrack album from Kid Katana Records. Hey, a high-quality 6-player beat 'em up starring the Ninja Turtles is a big deal! Well, dudes, the wait is finally over (if you're buying digitally), because TMNT: Shredder's Revenge is now available on consoles and PC, and you can buy the soundtrack on digital music storefronts too. Let's kick some shell!

TMNT: Shredder's Revenge is a spiritual successor to the classic TMNT arcade games. In this one, Shredder's minions have unleashed a plan to rebuild Krang's body while taking over the city of New York. Only the Ninja Turtles, Splinter, and their friends April O'Neil and Casey Jones can stop the Foot's dastardly plan! Stellar production values bring the adventure to life, including gorgeous pixel art and the original cartoon voices of the 1987 Turtles, Bebop, and Rocksteady. Now that's authentic! The game features both a Story mode with high replayability and an Arcade mode for streamlined play sessions. In Story mode, players can select stages from the map and replay them to complete optional challenges while also individually leveling up each playable character. Arcade mode is a traditional linear experience without the leveling up, which should offer a faster, more challenging experience.

Most excitingly for us, Shredder's Revenge supports drop in, drop out 6-player combo co-op both locally and online on most platforms (PlayStation is 4-player locally and apparently doesn't support combo co-op). Combo co-op means that multiple players on a single console can join online games with other players. Now that's Turtle Power! We'll post our co-op review of Shredder's Revenge on Friday - check back then for the final word on the game's local and online co-op features!
Teenage Mutant Ninja Turtles: Shredder's Revenge sells for $24.99 on Xbox, PlayStation, Switch, and Steam. The game is also available on Xbox Game Pass. Co-op Details at a Glance

Here's the co-op details by platform, or you can check out our database -

How are you celebrating the release of TMNT: Shredder's Revenge, dear readers?