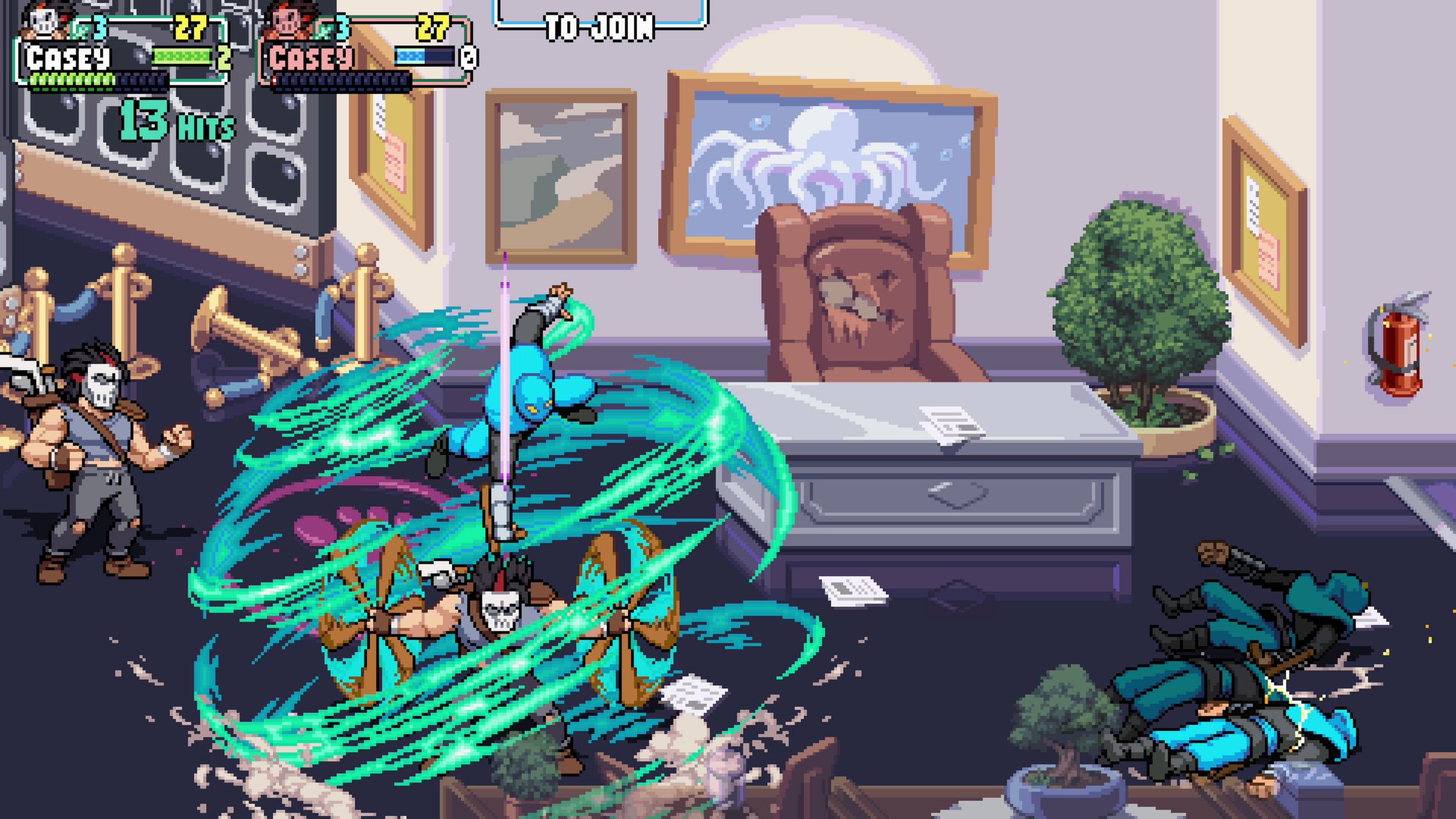 When it comes to 2022's Teenage Mutant Ninja Turtles games from Konami and Dotemu, it seems like the two titles are always trying to outdo each other. One game gets a trailer; the other game gets a trailer. TMNT: The Cowabunga Collection gets an update; TMNT: Shredder's Revenge gets an update. While today's Shredder's Revenge update isn't as earth-shattering as the one The Cowabunga Collection just got, it does add a cool Custom Game feature that will make Arcade mode a lot more fun, plus some video filters for people who want the game to look less pristine.

Here's a brief selection of the upgrades found in today's patch. Head to Steam for the full list. We played a quick custom game in Arcade mode to check out the new gameplay options. Some options make the game more arcade-like, such as disabling taunts (something I wished for in our co-op review), whereas others step up the challenge. The ability for everyone to play as the same character is welcome and should make for a chaotically good time. Also, when browsing Arcade games, players can see which modifiers have been enabled - that's handy!

Teenage Mutant Ninja Turtles: Shredder's Revenge supports up to 6-player local co-op on most platforms, up to 6 online players, and any mix of local and online players (even on PlayStation). Shredder's Revenge sells for $24.99 on Xbox, PlayStation, Switch, and Steam. As of this writing, the PlayStation and Steam versions are on sale for 20 percent off. The game is also currently available on Xbox Game Pass, so don’t miss it!