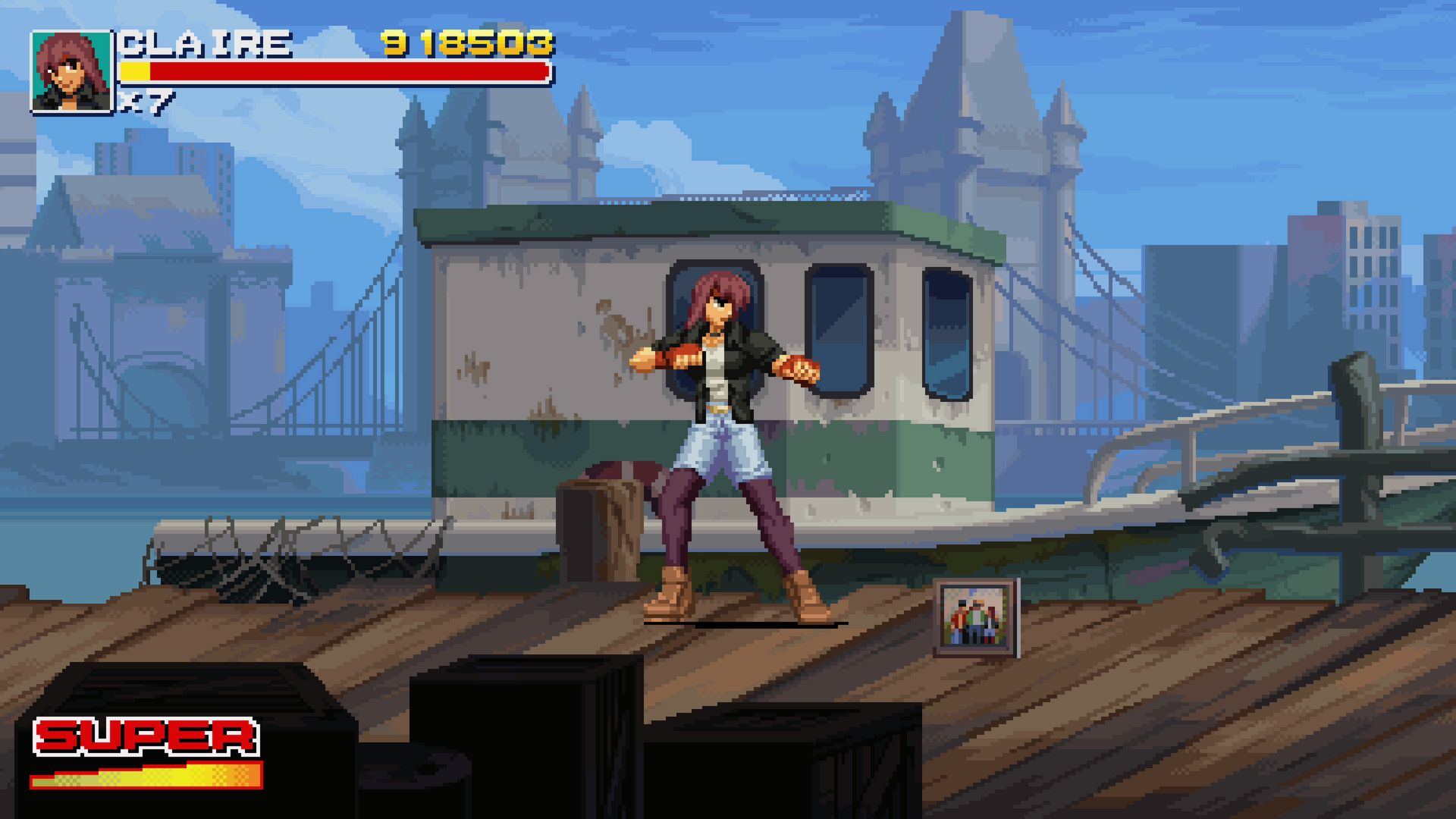 Final Vendetta from Bitmap Bureau and Numskull Games isn't the easiest beat 'em up around. In our co-op review, my number one complaint is the punishing difficulty. The game offers no continues, challenging players to reach the end on a single credit. As it turns out, though, each stage contains a secret life that can make reaching the horrendous final boss a fair bit easier. We're here to help with directions and screenshots for all the hidden lives! Before entering the door leading to the boss, grab the secret life from the bottom-right corner, behind some boxes and barrels. In the section section, after exiting the subway train, you'll find a sign that says "Way out" hanging from the ceiling. Stand near the bottom of the screen, then jump and attack the sign to dislodge the secret life (a framed picture). Before entering the elevator, stand at the bottom-right corner of the first pillar and grab the secret life. Early in the stage, you'll encounter a seagull on top of a boat. Jumping and attacking the seagull will cause it to drop the secret life. In the middle of the stage, after taking the path down, you'll see the kitchen doors. Punch the Utah sign (a reference to the band, the Utah Saints) to find the secret life. At the start of the stage, break the barrier on the left to reveal a knife. Grab the knife, stand at the bottom of the screen, and then throw it at the mouse sitting on the box at the right. The poor mouse will drop the last secret life. Collecting all six secret lives will unlock the "Master of Fate" Achievement/Trophy! Final Vendetta supports 2-player local co-op. Get it for $24.99 on Xbox, PlayStation, Switch, and Steam. Physical PlayStation 4, PlayStation 5, and Switch versions can be preordered at Amazon.