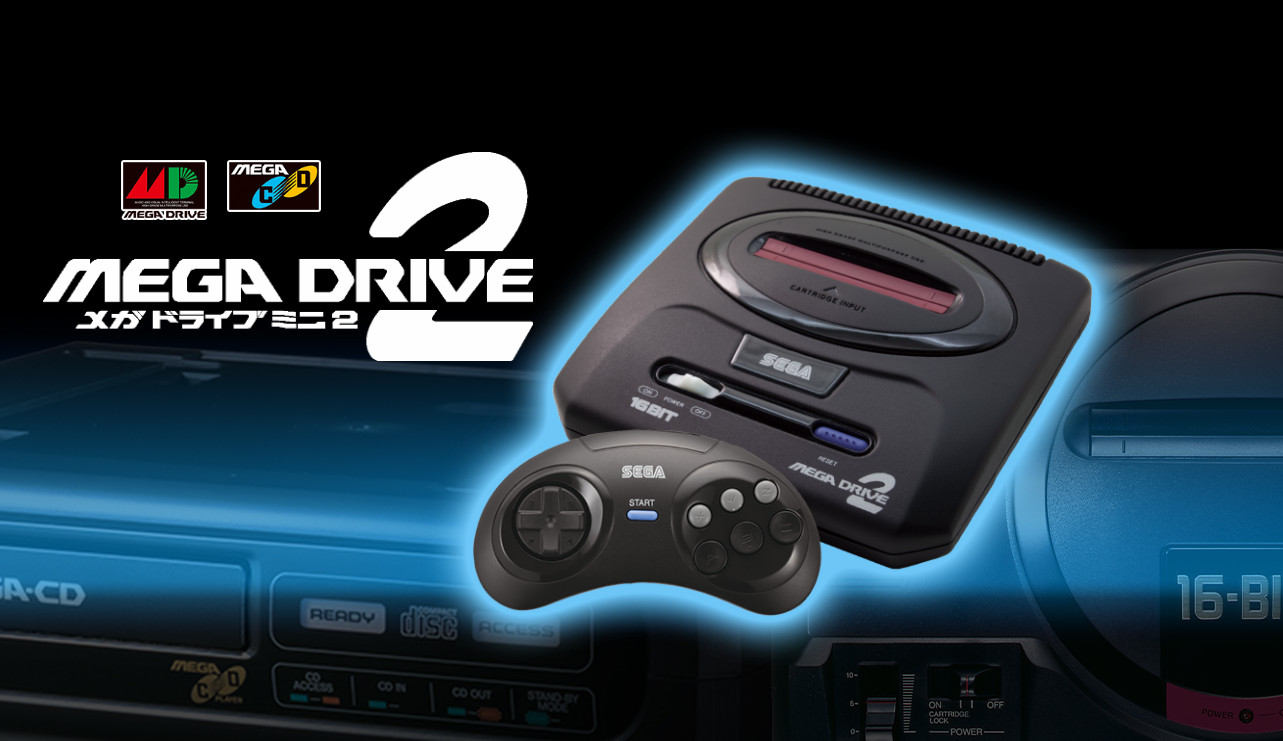 Earlier this month, Sega announced the Mega Drive Mini 2 for the Japanese market. The new mini console will feature over 50 games, 20 of which will be Mega CD games. Excitement for this type of product largely depends on the included games, so Sega is announcing the Mega Drive 2 Mini's titles in batches. The latest batch of games includes the co-op classic The Ninja Warriors and several ports of arcade classics. Interestingly, an analog flight stick will be available for the Mega Drive Mini 2 as well. Seven of the 11 games in this batch are arcade ports, oddly enough. Isn't that what the Astro City Mini is for? Arcade ports were one of the Genesis/Mega Drive's strengths, though, so their inclusion makes decent sense. I'm still hoping that Final Fight CD will be revealed in future announcements; it was the best home version of Final Fight before the GameBoy Advance version came along.

These 11 games only include a single co-op title: The Ninja Warriors, a side-scrolling action-platformer in which a pair of heroic ninja robots must stop an evil army from taking over the world. When the protagonists take damage, their robotic parts begin to show through their disguises. The Mega CD version of the game features an excellent remixed Zuntata soundtrack and a strange "Zuntata" prologue featuring English narration and photos of live actors (see the video below).

See our previous story for a breakdown of the Mega Drive Mini 2's features and co-op title(s). Most surprising from this week's announcement is the reveal of the Cyber Stick controller for Mega Drive Mini 2. It's a new version of a flight stick that was previously released for the Sharp X68000 computer in Japan. This Cyber Stick will work with Mega Drive Mini 2 and PC but not the original Genesis/Mega Drive Mini or Astro City Mini.

Of the games revealed so far, the Cyber Stick will work with After Burner II, Night Striker, and Star Blade (all ports of arcade games that originally used flight sticks). More compatible titles will surely be among the remaining Mega Drive 2 Mini games to be announced. North American and European versions of the Mega Drive 2 Mini still have yet to be announced, but they're pretty likely. We'll definitely let you know when the announcement comes. Update: The Sega Genesis Mini 2 has been announced!