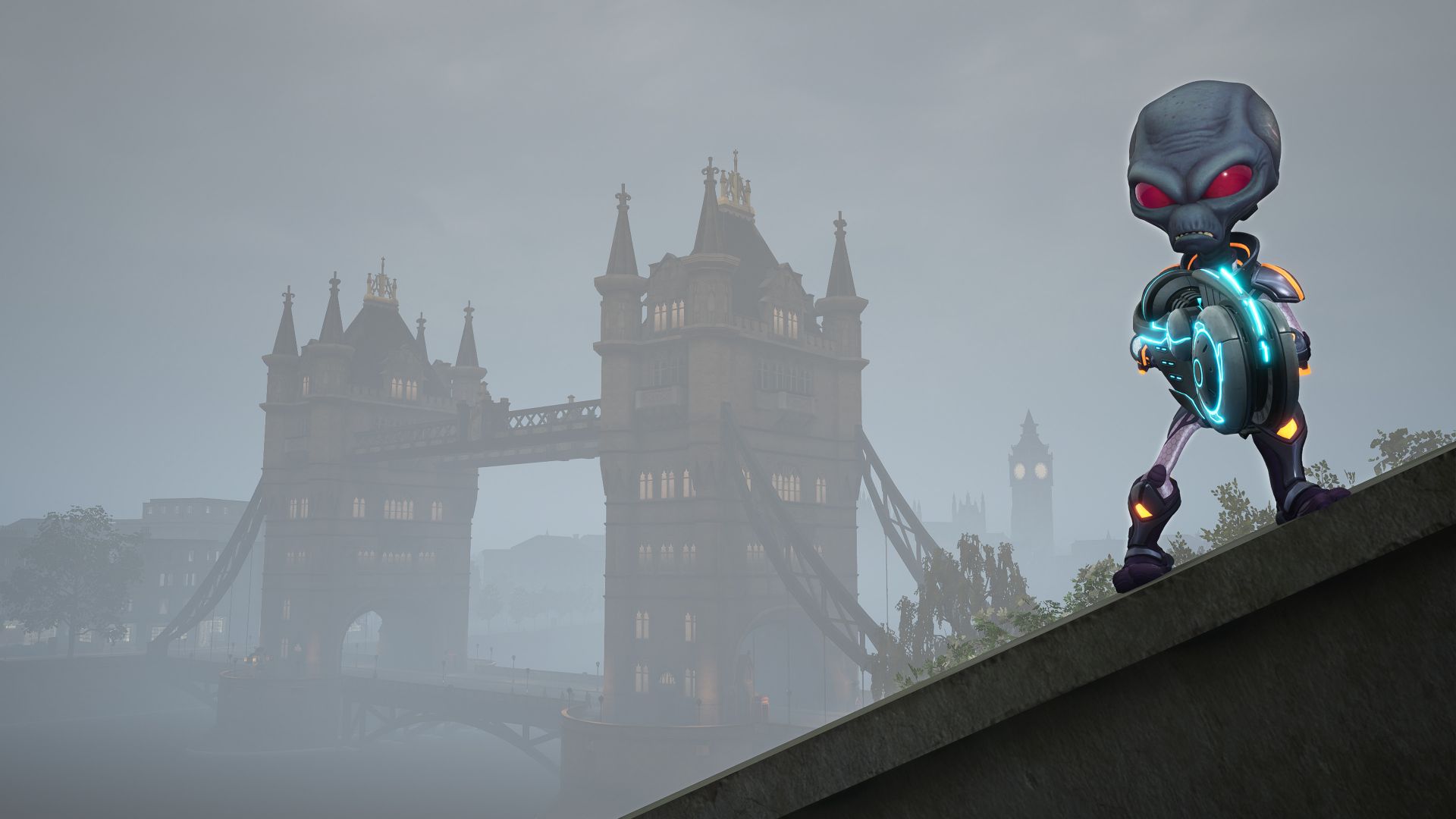 In 2020, THQ Nordic and Black Forest Games released a remake of the original Destroy All Humans! game on modern platforms. It was welcome because there's really nothing like DAH! nowadays, a series that lets players become malevolent aliens and wreak havoc on cartoonish humans. Destroy All Humans! 2 Reprobed, the next remake in the series, is due out in August. Today, the publisher released a new co-op trailer and revealed that gamers who preorder Reprobed will get Destroy All Humans! Clone Carnage, a free multiplayer game with co-op modes, right away.

Destroy All Humans 2! Reprobed sees the alien protagonist, Crypto, return in the 1960s to thwart the KGB agents who destroyed his mothership. Gameplay takes place primary on-foot as a third-person shooter, but players will also pilot Crypto's UFO against humanity's ground forces. Gamers can preorder the game in three editions on Xbox Series S|X, PlayStation 5, and Steam: Yes, the price on that "2nd Coming Edition" is pretty crazy. Preordering any edition of the game gets players instant access to the standalone Destroy All Humans! Clone Carnage game, a $12.99 value on its own.

Steam reviews indicate that Clone Carnage is a multiplayer-only game, so don't expect to play it alone. We can confirm that this one features both competitive and cooperative modes, though, which is pretty sweet! Look forward to more detailed impressions soon.

Are you ready to destroy all humans once again? Destroy All Humans! Reprobed supports 2-player split-screen co-op. It will launch on Xbox Series S|X, PlayStation 5, and Steam on August 30.