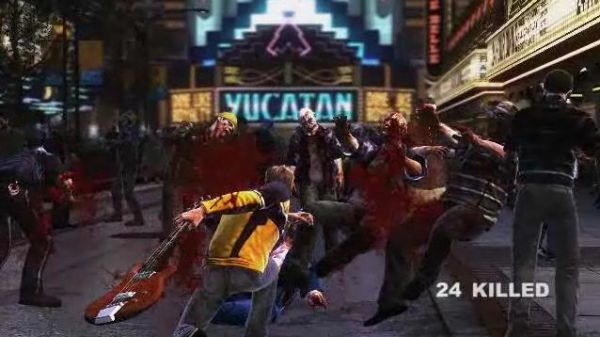 Capcom's Dead Rising 2 is not only proposing to show you 6,000+ characters onscreen at the same time...they're suggesting that at least two of those characters will be players.

Eurogamer extracted the following quote from their own two-page preview:

"We're at a point in game history that you need to have some form of multiplayer component in a game," Inafune told journalists at Captivate 09 in Monaco last week.

"Single-player alone is not going to cut it. So rest assured we are going to put multiplayer in the game, but I can't go into specifics about what type of multiplayer as that directly relates to some of the game systems that we don't want to talk about at this event. It will be online multiplayer, so keep that in mind."

Eurogamer also noted that Inafune would not rule out co-op as one possible iteration of said multiplayer. Keeping in mind Capcom's 2009 co-op goals, don't be surprised if co-op -- even competitive co-op -- shows up.