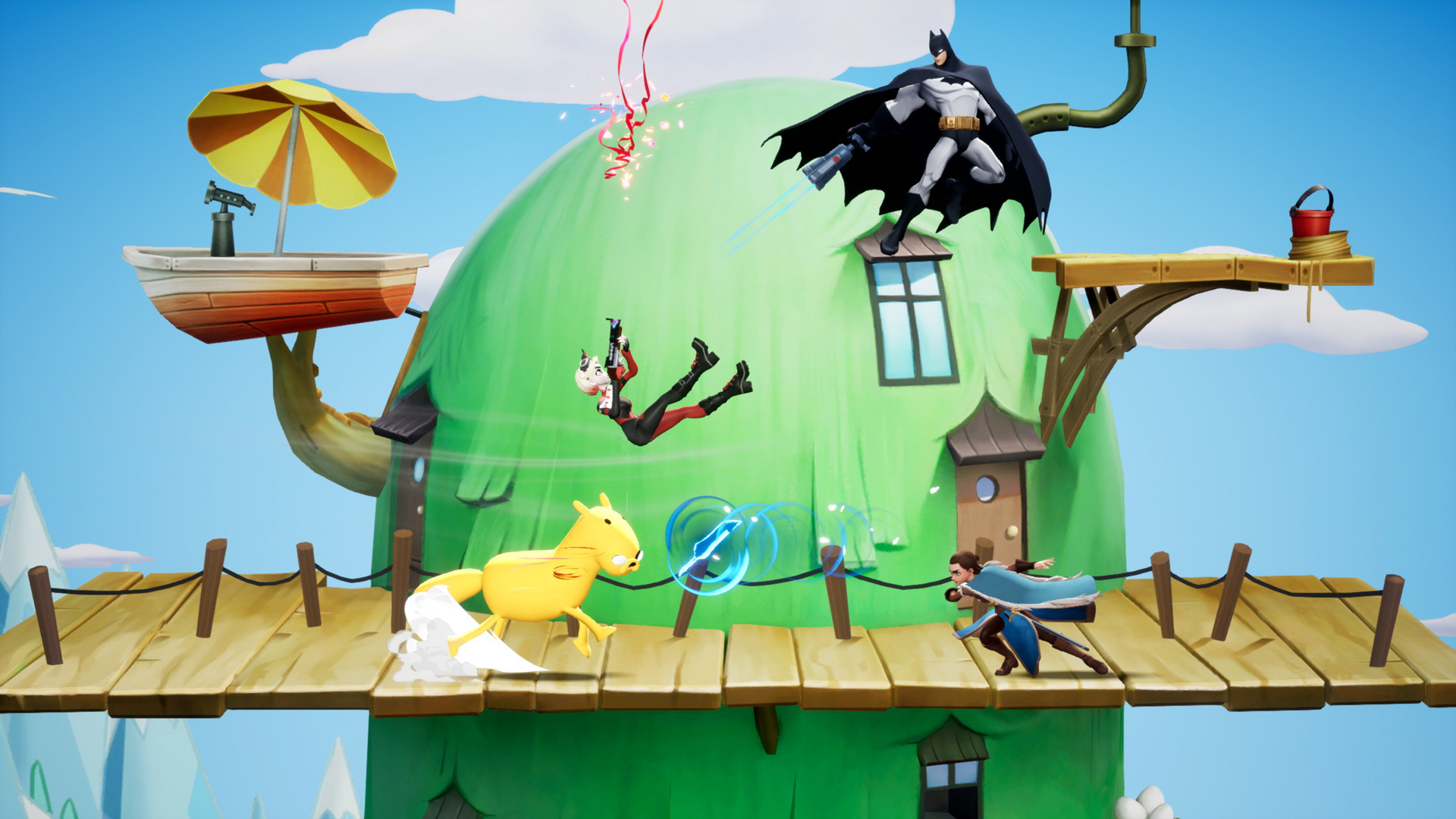 There once was a movie called Space Jam: A New Legacy that combined numerous Warner Bros. characters and properties. It's a very bad movie that should be avoided at all costs! However, the idea of mixing WB properties together clearly has some appeal, hence the new Smash Bros.-style fighting game, MultiVersus. Players who buy any premium edition of MultiVersus can play it right now, but the game will officially launch in free to play form on July 26. 17 characters are playable at launch:

The following maps are currently available:

Premium versions of Multiversus include Standard Edition for $39.99, Deluxe Edition for $59.99, and Premium Edition for $99.99. These editions can be bought on Xbox, PlayStation, and Steam. A PS Plus-exclusive "MVP Pack" is also available for free. The free to play version of the game will arrive on Tuesday, July 26.