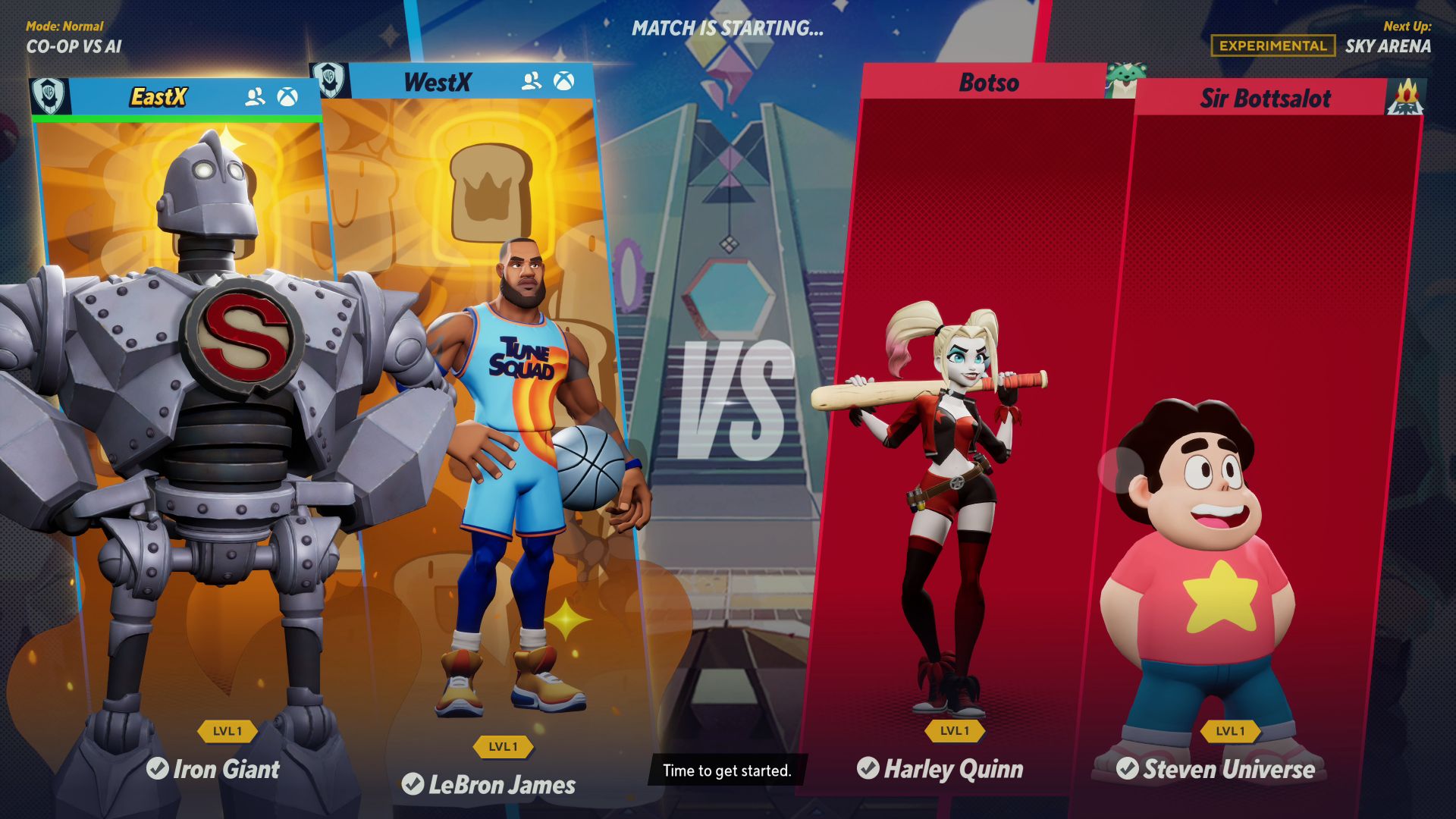 MultiVersus is a highly anticipated free-to-play Super Smash Bros.-style fighting game from Warner Bros. After a closed beta period followed by an early access period for premium bundle owners, the open beta has arrived. What should be a celebratory launch day has been somewhat mired, however, by what appears to be a broken party system. Update: Thankfully, the party and co-op issues were resolved by the next day.

Upon launching the game, players will be prompted to complete a tutorial in order to unlock Wonder Woman as a playable character. The tutorial is quick and easy, explaining the basic mechanics without wearing out its welcome. After completing it, Wonder Woman and 12 advanced tutorials will unlock. From the main menu, gamers can view the Battle Pass (which has free and premium versions, of course), their personal Collections, read the Glossary, adjust settings, party up with a friend, or choose from three game modes. Collections is where players can browse and unlock playable characters, skins, and cosmetics. The free character rotation will change periodically. It currently consists of Finn (Adventure Time), Garnet (Steven Universe), Superman, and Reindog. See our previous story for the full character list. As for the playable modes, you get The Lab, Custom Game, Advanced Tutorials, and Play. The lab is a single-player practice mode that lets players try out any available character regardless of ownership. Custom Games allow the selection of rules and maps, the direct invitation of each player, and the use of bots. Custom Games can be co-op matches against 1 or 2 bots. Finally, Play is the game's standard matchmaking mode. From there, the host player can select 1 VS 1, Teams, Co-op VS AI, or FFA (Free For All) and be matched accordingly.

Here's where things get dicey. Inviting a friend to the in-game party for Co-op or Teams is no problem, but the team is unlikely to succeed in joining a match. Time and time again, either my partner would be randomly removed from the party (thus halting matchmaking) or the server would drop us as the match started to load. Every time the server drops the team or the party gets disbanded, both players have to reselect characters and perks, which ends up being a repetitive hassle. Just let us play, Mr. Server! On the other hand, 1 VS 1 matches seem to work a lot better at on Day One. Choosing your favorite WB character from the initial lineup and then squaring off against a random player is as fun as you'd hope. The controls are intuitive, with everyone sharing the same basic inputs. The actual moves that come out are where characters really get differentiated, just as genre veterans would expect. Each character levels up independently, so finding a good character and then leveling for a while is probably the way to go.

It's a shame about the in-game party system was so broken on day one, but things are now running smoothly. The core MultiVersus gameplay and wild mix of characters both make for a great time when playing with a friend or even solo.

Multiversus is playable for free on Xbox, PlayStation, and Steam. Premium versions of Multiversus include the Standard Edition for $39.99, Deluxe Edition for $59.99, and Premium Edition for $99.99. A PS Plus-exclusive "MVP Pack" is also available for free. All purchases become tied to the player's WB Games account and carry over between platforms.