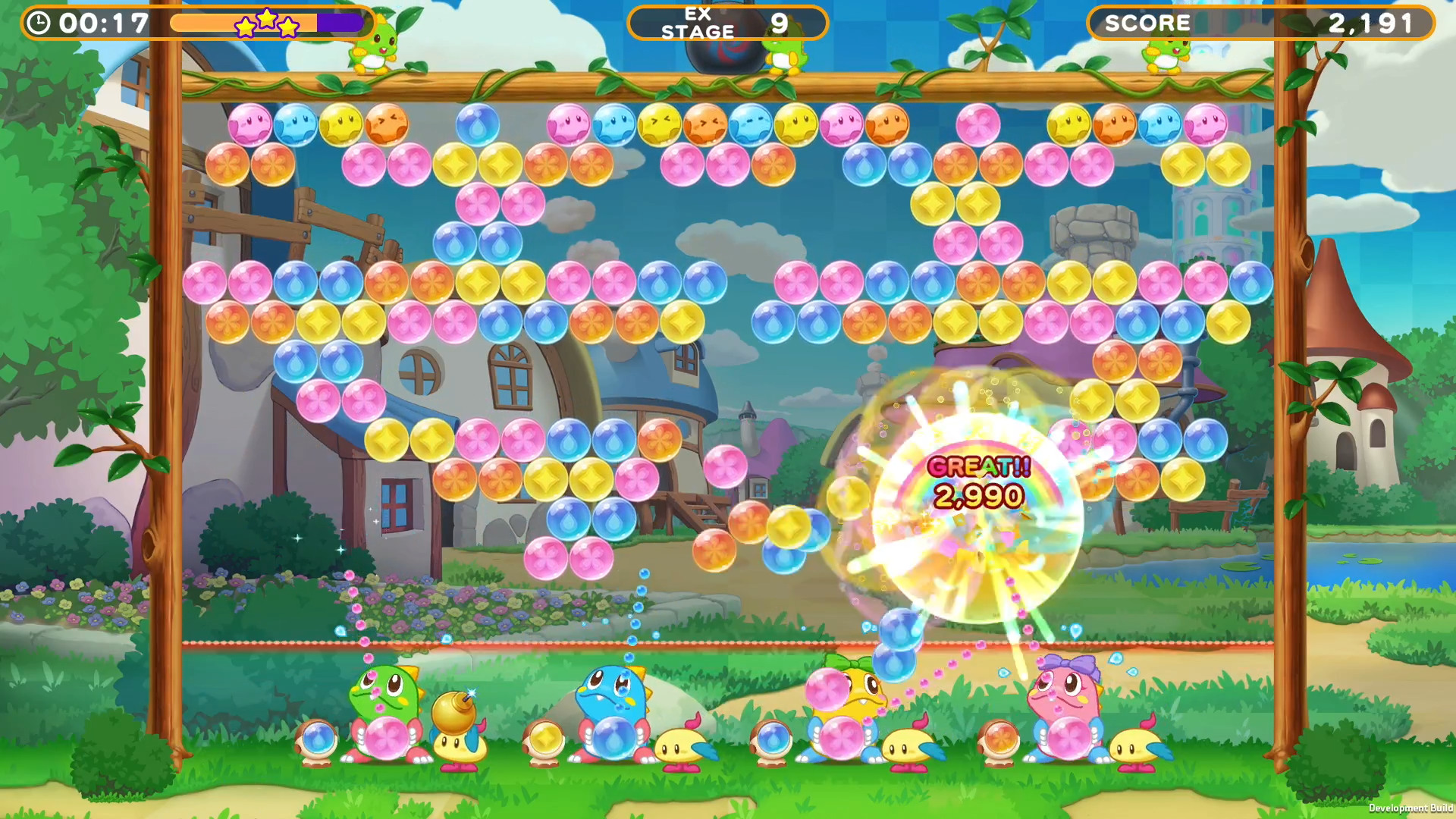 The venerable Puzzle Bobble series (a puzzle game spin-off of Bubble Bobble) has seen many iterations over the years, including the pretty decent Puzzle Bobble 3D. That game wasn’t quite as refined as we'd prefer, but the newly announced Puzzle Bobble Everybubble looks like a return to form. It will feature traditional 2D Puzzle Bobble graphics and gameplay, plus four player local co-op! Everybubble is due out exclusively on Nintendo Switch in 2023.

Puzzle Bobble Everybubble, which was unveiled on series protagonist Bub’s August 26 birthday in Japan, takes place on the Rainbow Islands. Players will get to enjoy a lighthearted narrative between sets of levels, developing the four dinosaur-like playable characters more than ever before. Even more excitingly, the story mode features 4-player local co-op, a first for the series. The gameplay video shared by Taito and publisher ININ Games showcases a 4-player level in action. As the four heroes work to pop the constantly descending sets of colored bubbles, dinosaur children fret at the top of the screen and Chack’ns, the yellow characters from Taito’s classic Chack’n Pop arcade game, cheer the team on. The game doesn’t exactly look groundbreaking, but it should provide a faster, smoother experience than Puzzle Bobble 3D. Cooperating with friends should be a blast, too! The story of Puzzle Bobble Everybubble! brings Bub, Bob, Peb, and Pab to Rainbow Island, where Miniroon, a mysterious character similar to Bub lives. One day, Miniroon suddenly starts to emit a large number of bubbles, covering the whole island and causing problems for its residents. Time for our four friendly bubble dragons to step in and help Miniroon, whose bubble-blowing is bad news for the island!

Puzzle Bobble Everybubble will be released exclusively on Switch in 2023. It would be even better if the game also launched on other platforms, but perhaps that will happen down the line like it did with Bubble Bobble 4.