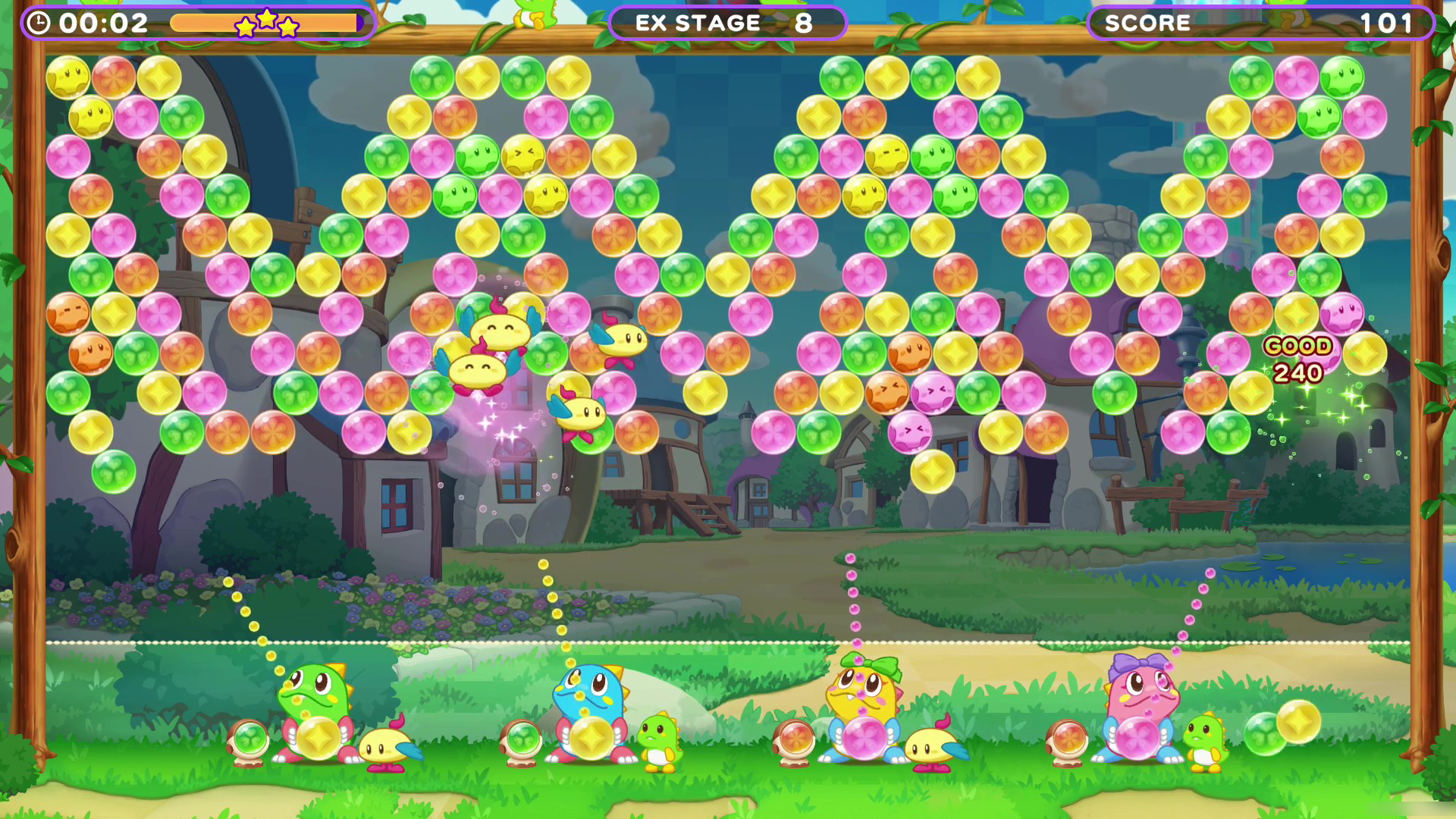 Back in August, Taito and ININ Games announced Puzzle Bobble Everybubble, a Switch-exclusive installment in the venerable Puzzle Bobble series. This one will be the first game in the series to feature 4-player local co-op. Not only that, Everybubble will also add a unique 2vs2 Battle Mode which is playable against other players or the CPU. 2vs2 Battle Mode is one of several new details announced by ININ today.

Puzzle Bobble Everybubble takes place on the Rainbow Island, home to the mysterious Rainbow Tower. There, miniature dinosaurs called Miniroons come under threat, and only Bub, Bob, Peb, and Pab, the stars of the Bubble Bobble series can help. The game will feature a 4-player co-op story mode as well as Battle Mode. All modes feature the series’ traditional puzzle gameplay in which players fire bubbles from the bottom of the screen at the stacks of colored bubbles that descend from the top of the screen. Battle Mode is not an unusual feature for the series, but Everybubble features a new take on 2vs2 battles. Instead of each player having his or her own field, the members of each team in this mode share the same field. With 2 players firing away in each field, all trying to outdo the other team, things are sure to get hectic! A meter in the middle of the screen shows the “junk” bubbles that are about to be sent to either team’s field. Both teams will have to play quickly and skillfully in order to attack the opposing team while protecting their own.

Puzzle Bobble Everybubble will be released both digitally and physically in Spring 2023. Strictly Limited Games will release collector’s and limited editions as well, bundling the Super NES bonus games directly on the Everybubble cartridge. We’ll be watching for preorders to open, so stay tuned.