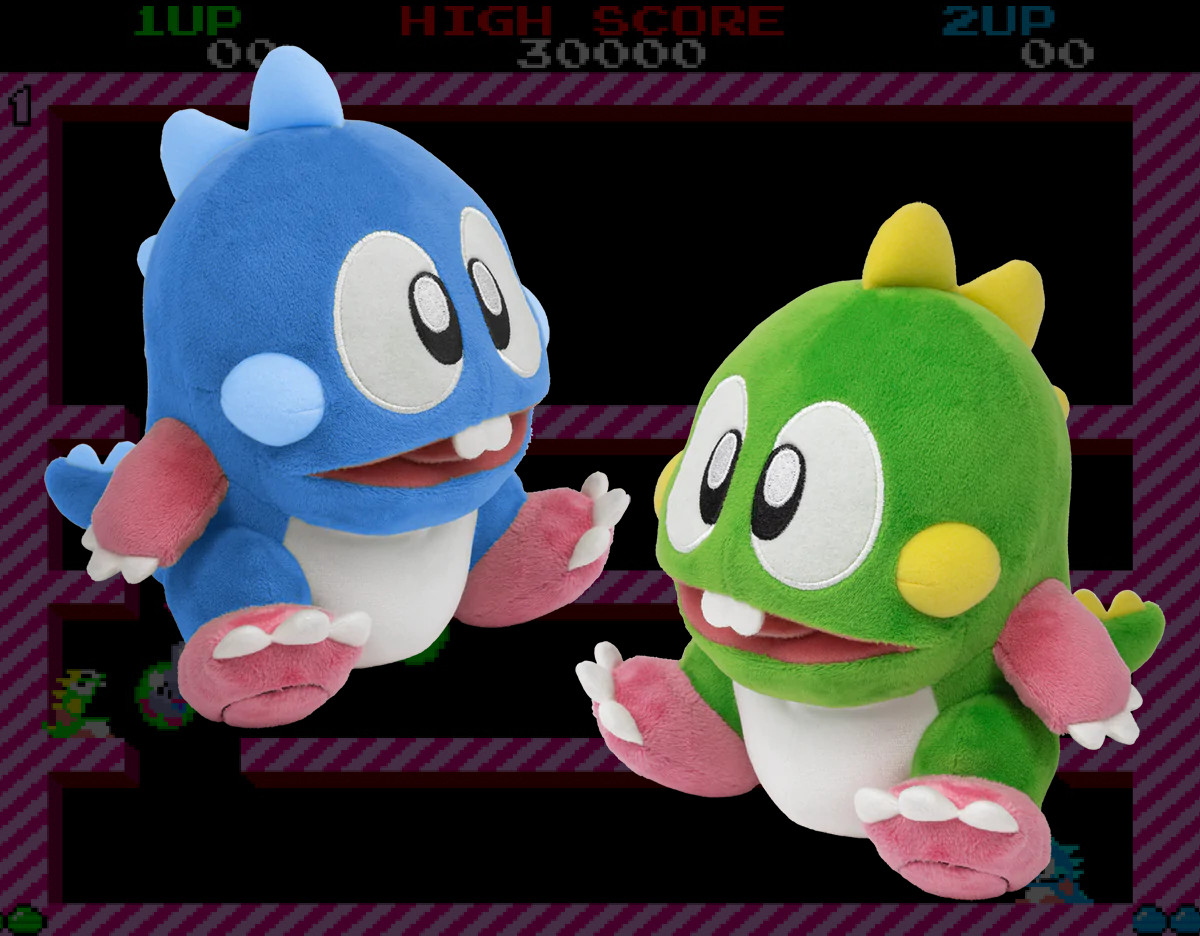 Taito's Bubble Bobble series started out in 1986 and remains popular to this day. Bubble Bobble 4 didn't get the world on first (though I like it), but there will be plenty more adventures for Bub and Bob in the future, including the upcoming Puzzle Bobble Everybubble. Merchandise for this series doesn't come to international markets very often, but Strictly Limited Games currently has a bundle of Bub and Bob plushies available to order. Quantities are already shipping and super limited, so don't delay!

Oh you want details? The Bubble Bobble plushie bundle includes Bub and Bob, the twin dinosaur stars of the Bubble Bobble and Puzzle Bobble series. The dolls measure 22x21x21 centimeters/8.7x8.3x8.3 inches. This tweet shows someone play with the Bub doll as it makes haunting sounds. The Bubble Bobble Limited Edition Plushie Bundle sells for $69.99 plus shipping ($13 to the US) at Strictly Limited Games. The bundle ships from Germany. If you're a Bubble Bobble fan who craves cute merch, don't miss these dolls! Puzzle Bobble Everybubble takes place on the Rainbow Island, home to the mysterious Rainbow Tower. There, miniature dinosaurs called Miniroons come under threat, and only Bub, Bob, Peb, and Pab, the stars of the Bubble Bobble series can help. The game will feature a 4-player co-op story mode as well as Battle Mode. All modes feature the series’ traditional puzzle gameplay in which players fire bubbles from the bottom of the screen at the stacks of colored bubbles that descend from the top of the screen.

Puzzle Bobble Everybubble will be released both digitally and physically on Switch in Spring 2023. Strictly Limited Games will release collector’s and limited editions as well, bundling the Super NES bonus games directly on the Everybubble cartridge.