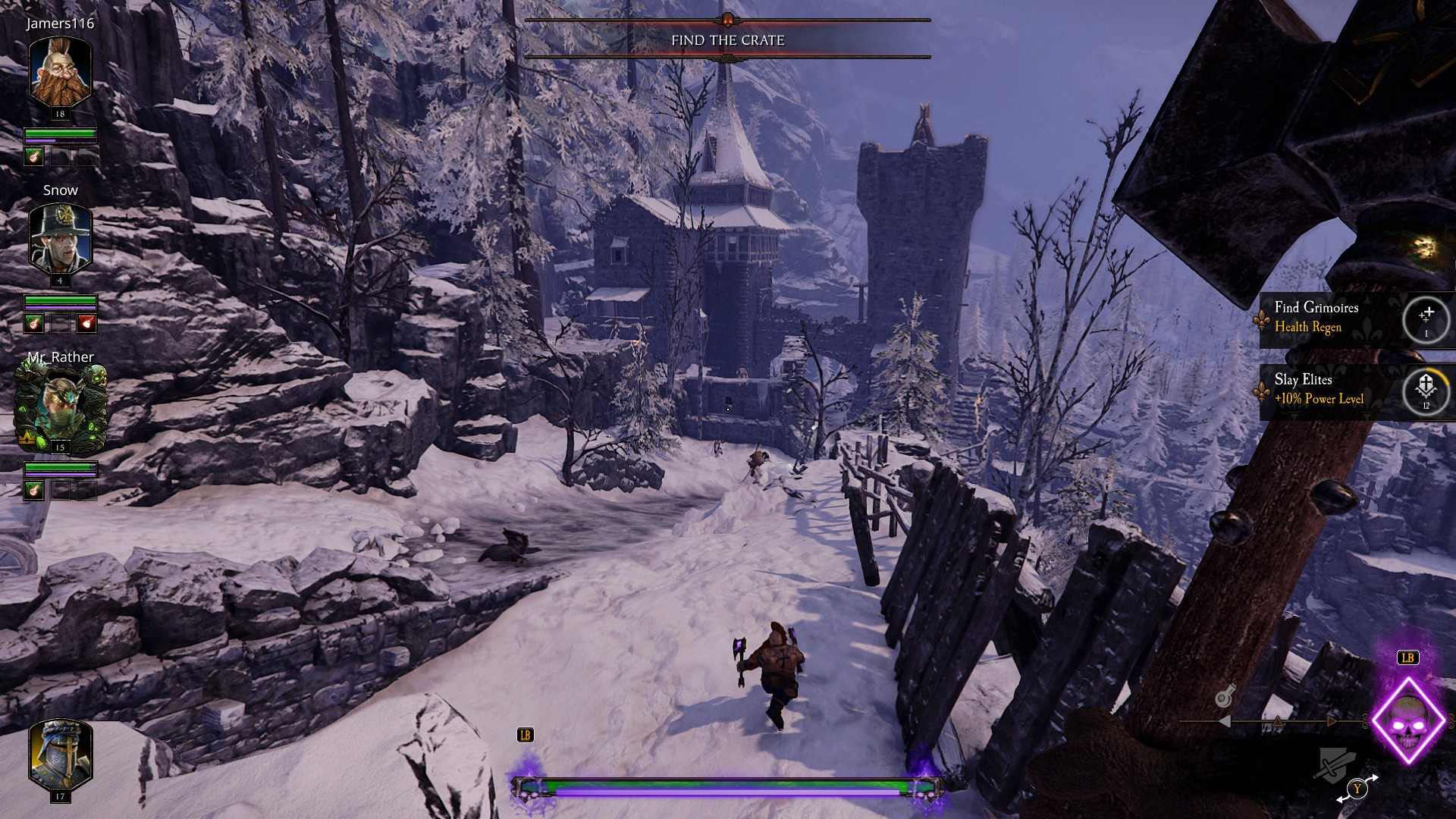 It's only a few short weeks until the release of Warhammer 40,000: Darktide, but its predecessor, Warhammer: Vermintide 2 is still going strong. Fatshark just gave out the Steam version for free, and now the same version has received a new free level. "Trail of Treachery" is set on a snowy mountain. It's a fun and challenging new level that adds even more to an already great cooperative experience.

Here's the official description of the "Trail of Treachery" level:

The Übersreik 5 are to escort a convoy carrying a warding stone to the village of Tockstadt - apparently, it has been having problems with ghosts. Upon arrival, the heroes find the convoy in a bit of a pickle. This is the start of a twist-filled journey down the mountain into a beautiful wintry forest. The Übersreik 5 will just not get the chance to enjoy the scenery due to the usual problems they tend to run into - massive amounts of enemies not liking them very much. The level is found under its own campaign (which will eventually offer a second level). Much of the level consists of the team of heroes pushing a sleigh down the mountain. The team will eventually load a chest onto the sleigh and take it to a designated location to open it. The level culminates with the team having to find torches to light a series of braziers, creating a ring of fire. Like every Vermintide 2 level, the "Trail of Treachery" offers several cool set pieces and locations, fun banter between the protagonists, and an intriguing fantasy narrative that progresses throughout the level.

The "Trail of Treachery" is a free addition to the Steam version of Warhammer: Vermintide 2. No word yet on whether the console versions will eventually get the new stage as well, but we're hopeful. Warhammer: Vermintide 2 supports 4-player online co-op. It sells for $29.99 on Xbox, PlayStation, and Steam. On November 30, the follow-up game, Warhammer 40,000: Darktide, will be released on Xbox Series S|X and Steam.