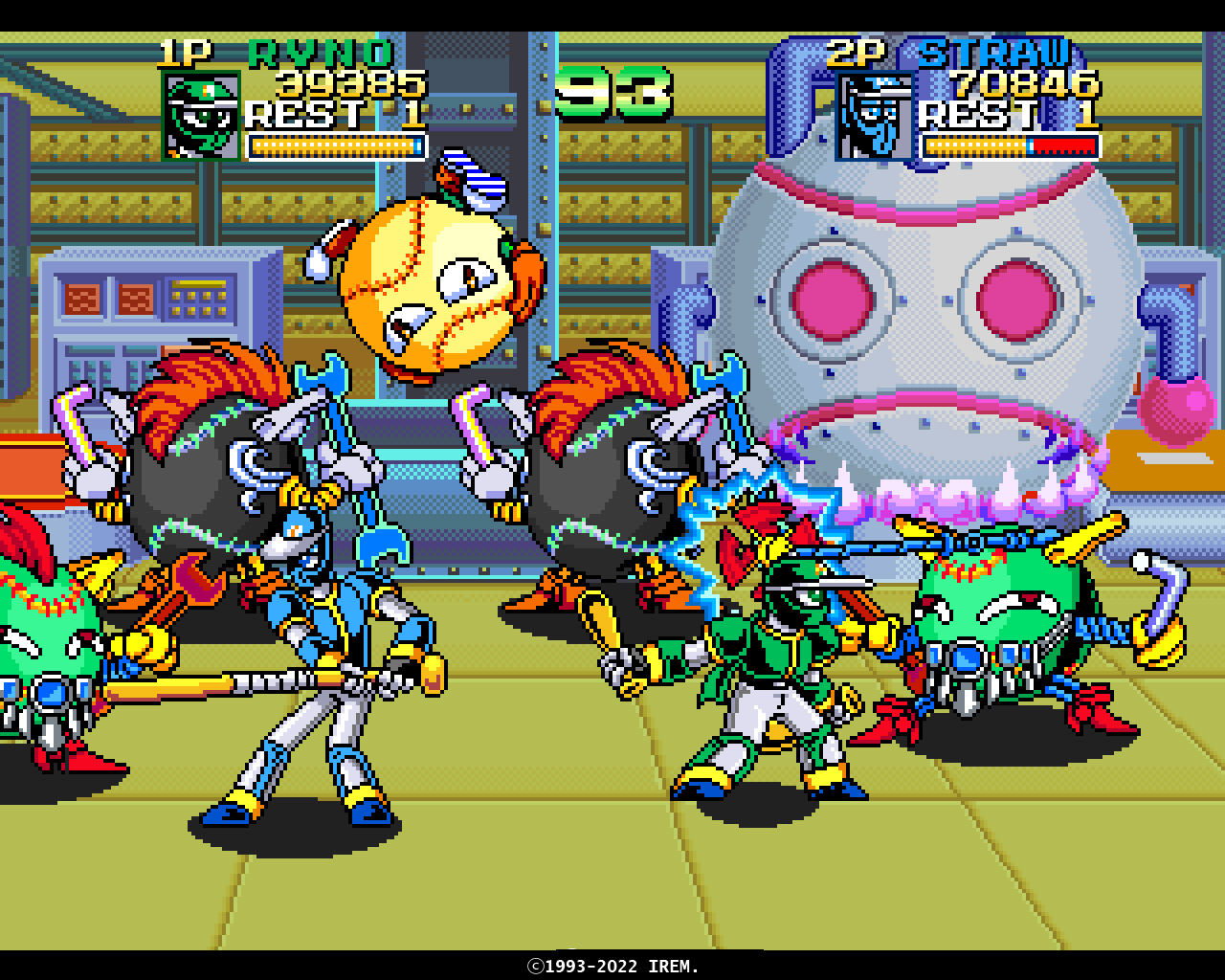 One of the coolest things about iiRcade, the home arcade cabinet/console, is that it lets gamers purchase classic arcade games that have never gotten home releases before. We've seen it before with the stellar Warrior Blade: Rastan Saga Episode III and the less-amazing-but-still-charming Ninja Clowns, and we're about to see it again with Ninja Baseball Bat Man. Originally released by Irem in 1993, Ninja Baseball Bat Man is one of the rarest arcade games in the world, and it's coming soon to iiRcade.

Ninja Baseball Bat Man is a 4-player beat 'em up starring a squad of ninjas equipped with baseball gear. When an arsenal of baseball memorabilia is stolen from the Baseball Hall of Fame, only the Ninja Baseball Bat Man team can save the day! Players will take on the roles of Captain Jose, Twinbats Ryno, Beanball Roger, and Stick Straw, and then proceed to beat the stuffing out of an army of baseball-themed robotic baddies. Elaborate special moves, fantastic 2D pixel art, and the creative baseball theme are some of the reasons that Ninja Baseball Bat Man remains a cult classic. See our Co-op Classics column for more details. Interestingly, Ninja Baseball Bat Man also has an official website run by Drew Maniscalco, the creator of the character. Drew and his team recently completed a successful Kickstarter campaign for a comic book called Ninja Baseball Spirits. The comic hasn't launched yet, but it looks like it will be a treat for fans of the game's wacky premise.

No release date has been set for the iiRcade version of Ninja Baseball Bat Man, but we'll keep you updated. Based on existing iiRcade pricing, the price will likely fall somewhere between $7.99-$14.99. The iiRcade version will support 2-player local co-op and 4-player online co-op, which will surely be a baseball blast!