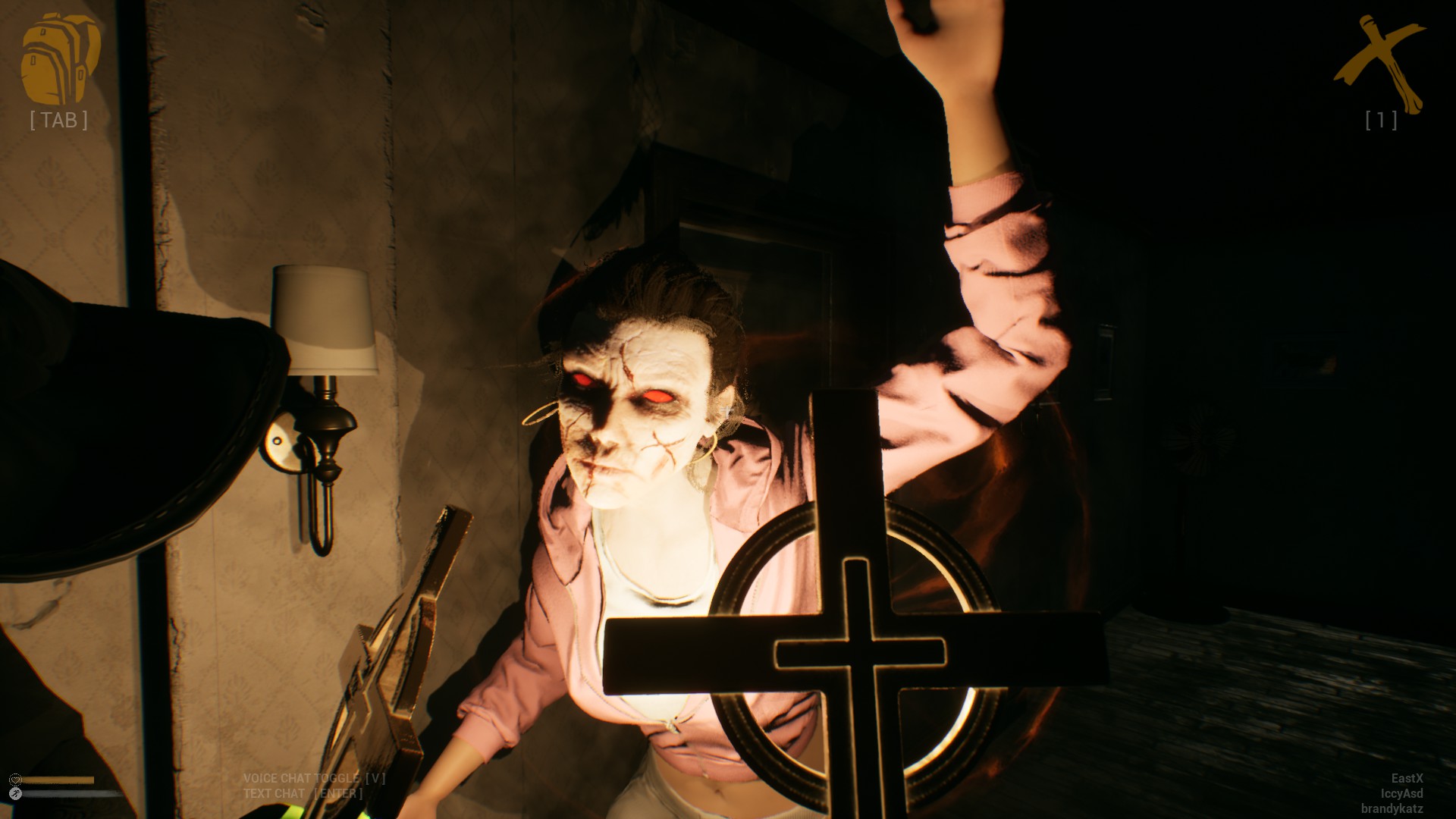 We like to support indie games around here. There are different levels of "indie," of course. Some games are more indie than others. Holy Purge, a co-op horror game for Steam from Celeritas Games, is as indie as it gets. Three online or LAN players can team up to exorcise demons or something in two different maps. Holy Purge is super janky, but also kind of spooky. Gamers of the right temperament might have a creepy good time purgin' with friends.

Holy Purge is a multiplayer-focused horror game. You can play single-player, but it's designed to be played with up to three players. Gamers can select from a handful of generic characters (including a priest and a monk), join a lobby, and then commence to purging. Two maps are available at present. Levels begin with a cinematic introduction explaining the team's objective. In "Exorcism," the map we played, a girl is possessed, the priests have to save her, and so on. The team then proceeds to explore the house of the possessed girl and her family. Players can pick up a variety of items (and deal with a terrible inventory management system), read numerous spooky documents that establish what the afflicted family has gone through, and search for the items that are needed to perform the actual exorcism.

As the team searches for items, the possessed girl will eventually get up and start harassing them. However, she remains on the bed at the same time - it makes no sense why there are two of her. Some of the items you find can be used to temporarily thwart the roaming demon girl, but she'll eventually become a severe nuisance. One of the heroes has a camera that can be used to search for ghosts or whatever. Another player gets a holy item that can reveal hidden messages written on walls. Here's where the gameplay breaks down. The team needs to find like 8 items in order to perform the exorcism. Only one item exists on the map at a time, so you can't just come across a bunch of them. Worse, someone has to find the hidden messages on the walls before the items will even appear. That player has to look at every nook and cranny, slowly, excruciatingly, while the other players wander around bored and/or deal with the roaming demon.

The gameplay loop of searching for hidden messages in order to search for the one item that currently exists on the map just isn't fun. We got bored after an hour and quit. My advice to the developer is to streamline the gameplay; let players just happen across the items they need and cut out the hidden message searching nonsense. Players should be having fun the whole time they play, not dealing with excessive repetition and frustration.

Some players are more patient than others. You and your friends might have a better time with Holy Purge than my team did. Celeritas Games has continually updated the game since release, so the roughest edges might eventually get sanded down. If you're up for an indie horror experience, you can grab Holy Purge for $4.99 on Steam. Do you dare?