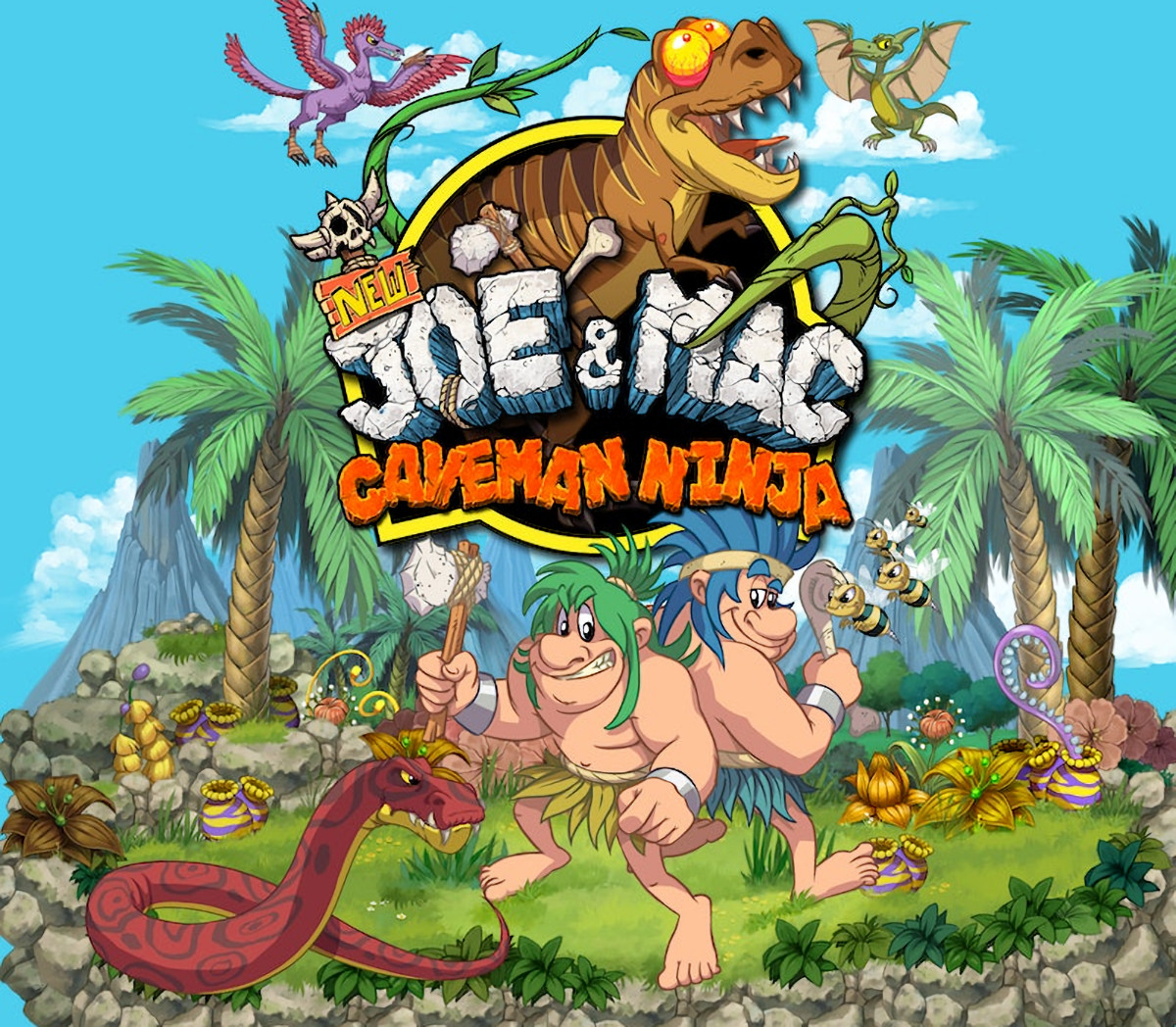 As the release of  New Joe & Mac: Caveman Ninja fast approaches, things are looking good in the music department. The game itself is a gorgeous HD remake of the classic co-op action-platformer in which a pair of heroic cavemen battle evil cavemen and dinosaurs. Microids, New Joe & Mac's publisher, has recently launched its own record label, Microids Records, with the New Joe & Mac soundtrack among the label's first albums. Other freshly-released soundtracks include Syberia 2, Syberia 3, Arkanoid Eternal Battle, Horse Tales, and a Flashback tribute album.

With PlayStation and Switch games launching on November 24, the famous pre-hysteric duo is back going head to head against dangerous dinosaurs and other carnivorous plants in this action-platformer coming straight from the Jurassic! Microids Records invites you to discover the original score composed by Raphael Guesqua for Mr. Nutz Studio. Heavily involved in the 80’s ‘Demoscene’, Raphael Guesqua made a name for himself by signing more than 100 original scores for video games and movies since 1991.

“I am really flattered to contribute to the Joe & Mac franchise in 2022, especially after playing this title on various platforms when I was young,” comments Raphael Guesqua. “It’s also a new opportunity for me to work again with Pierre Adane and Philippe Dessoly, my accomplices for more than 30 years. Thank you to Microids Records for allowing this fascinating project both musically and as a whole.” The New Joe & Mac: Caveman Ninja soundtrack consists of 33 tracks of varying lengths (22 tracks are over a minute long, and the rest are shorter). The title screen music is not a remix of the classic Super NES game's catchy tune, but at least some of the songs on the album, such as "Volcano Grasslands," are based on music from the classic games. The soundtrack is consistently peppy, filled with jungle drums and occasional chanting. It certainly calls to mind a fun-filled jungle adventure and battles against dangerous dinosaurs.

Will the real game be just as good? We'll find out when New Joe & Mac: Caveman Ninja launches on PlayStation and Switch on November 24, followed by Xbox and Steam versions on December 1. The game supports 2-player local co-op.

Grab the New Joe & Mac: Caveman Ninja Original Soundtrack album on Amazon, iTunes, or Spotify for $9.49. You can preview most of the tracks at Distrokid.