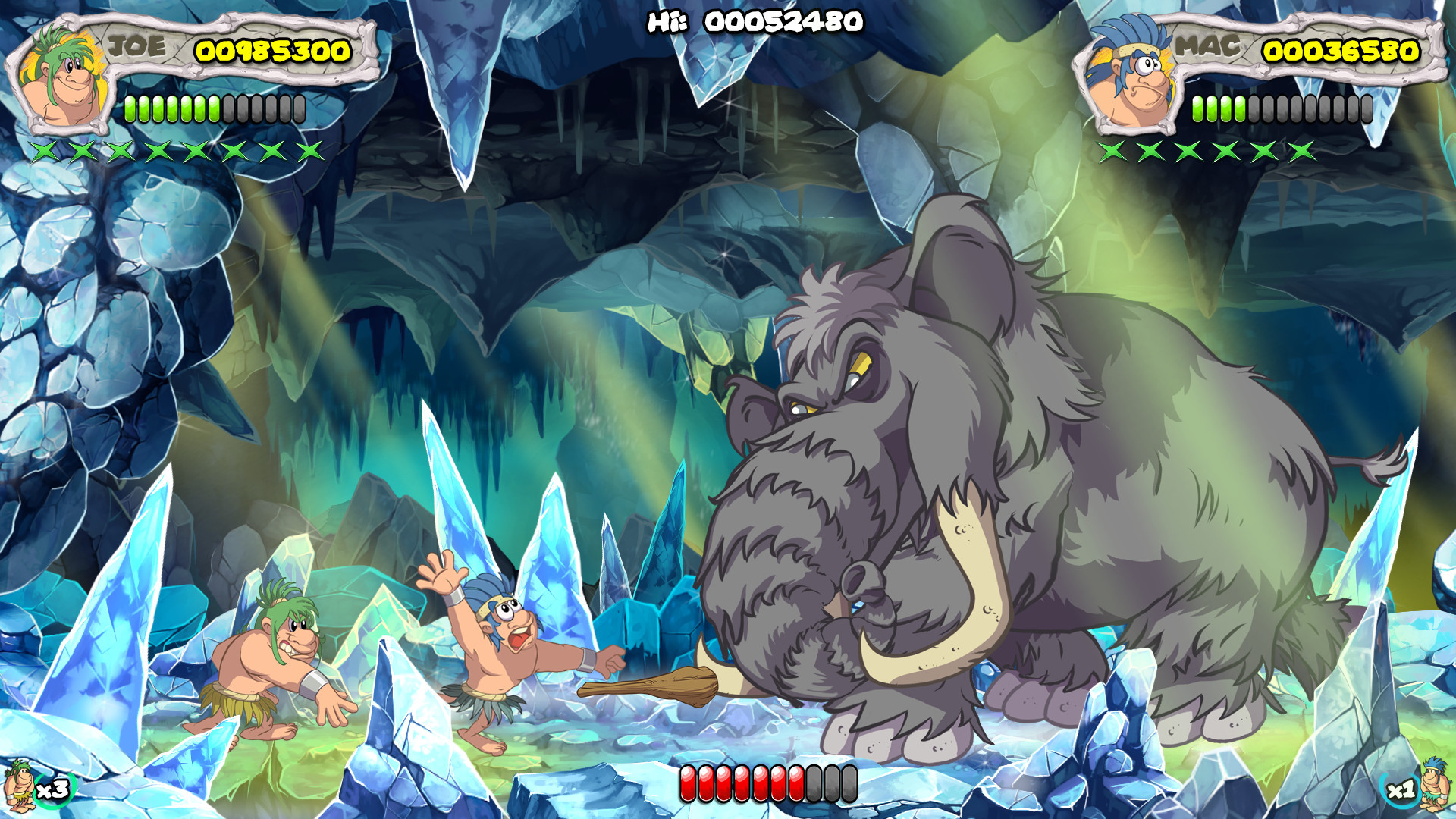 Released to arcades way back in 1991 before migrating to consoles, Joe & Mac: Caveman Ninja is a classic 2D platformer starring two heroic cavemen who must rescue kidnapped damsels from evil cavemen and gigantic dinosaurs. 30 years later, Microids and Mr. Nutz Studio are unleashing an HD remake called New Joe & Mac: Caveman Ninja on all platforms. The PlayStation and Switch versions will launch digitally on November 24, followed by retail releases and digital Xbox and PC versions in December. Like the original, the remake will feature 2-player local co-op! Gameplay is similar to that of a run-and-gun platformer, with the protagonists wielding a variety of stone-age weapons, all of which can be charged up for extra damage. The original Joe & Mac is famous for its gigantic, colorful bosses that include dinosaurs, carnivorous plants, mammoths, and more. The same foes will return in the new game, now drawn in a more cartoon-like art style reminiscent of Asterix & Obelix: Slap Them All, which comes from the same publisher and developer combo. Microids Records even released the soundtrack ahead of time, and it's very good!

New Joe & Mac: Caveman Ninja will launch digitally on PlayStation and Switch on Thursday, November 24. That's something to be thankful for! Digital Xbox and Steam versions will follow on Thursday, December 1.

Last but not least, the physical "T-Rex Edition" is available to preorder now at Amazon for $39.99. It will launch on PlayStation 4, PlayStation 5, and Switch on December 13. Included in the T-Rex Edition are the game, 2 sticker sheets, one trading card, and a 3D keychain.