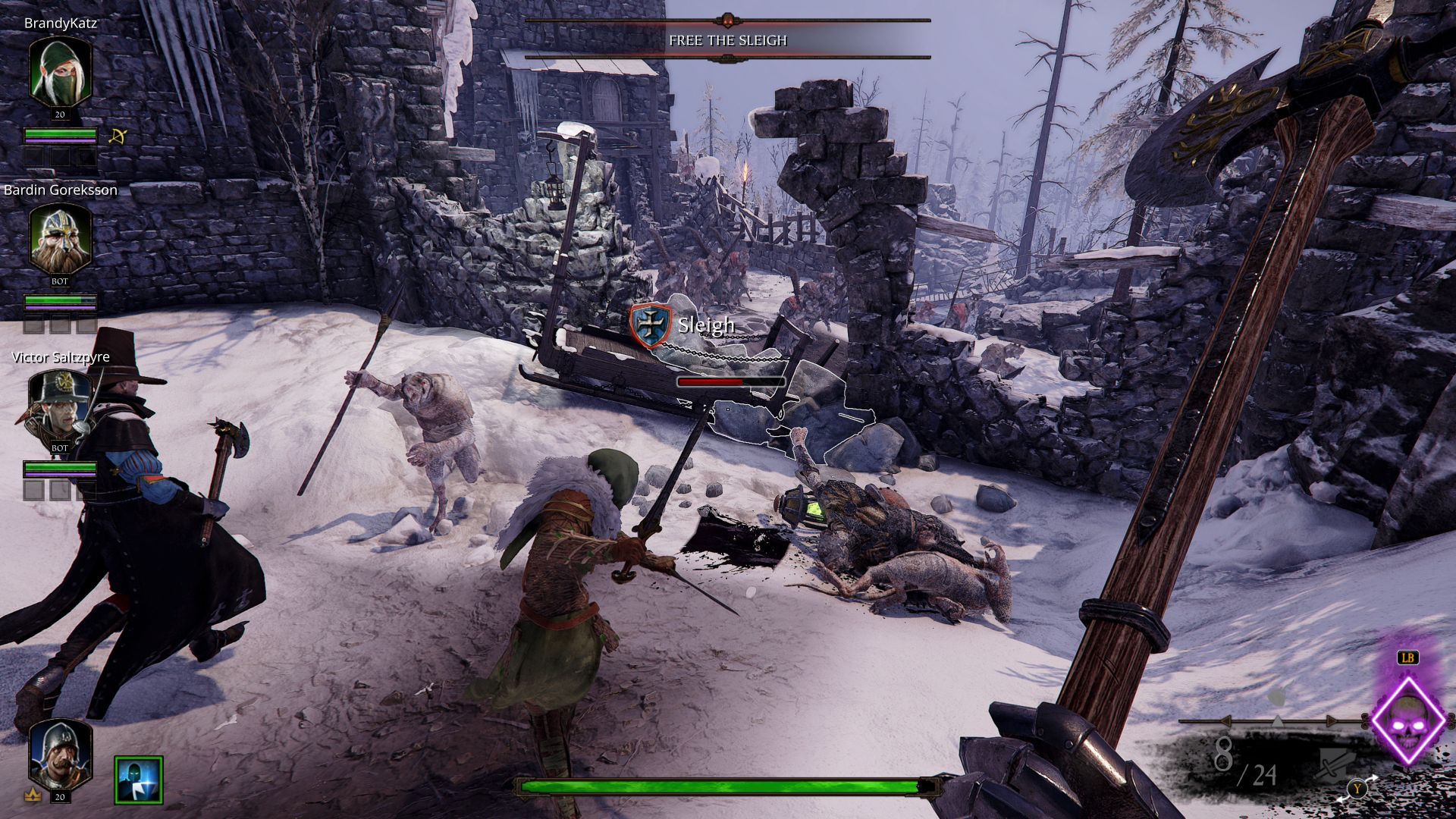 While Fatshark recently released the amazing Warhammer 40,000: Darktide on PC, that game's predecessor, Warhammer: Vermintide 2 still has plenty of life left. Case in point: the free "Trail of Treachery" level that arrived on PC in November has now emerged on Xbox as well. The new level takes place in the snow and is quite cool indeed, but the game's 99.79 GB file size is becoming quite a challenge for the limited storage capacity of the Xbox Series consoles.

In Trail of Treachery, it is up to you and your fellow heroes to escort a caravan carrying precious cargo to a village plagued by strange and unusual happenings Pave the way to Tockstadt and investigate what misfortune has befallen the settlement. Beware of avalanches. We played through the level on PC last month, and now it's great to revisit it on Xbox. The journey down the mountain while escorting a mysterious cargo on a sleigh is quite eventful, culminating in a final effort to locate the torches to light a ring of fire before the monster hordes overwhelm the team (see our impressions story for more details). Not only is this latest level a great addition to an already super replayable game, but it's great to know that another free level is coming in the future!

Warhammer: Vermintide 2 supports 4-player online co-op. It sells for $29.99 on Xbox, PlayStation, and Steam. On November 30, the follow-up game, Warhammer 40,000: Darktide, will be released on Xbox Series S|X and Steam.