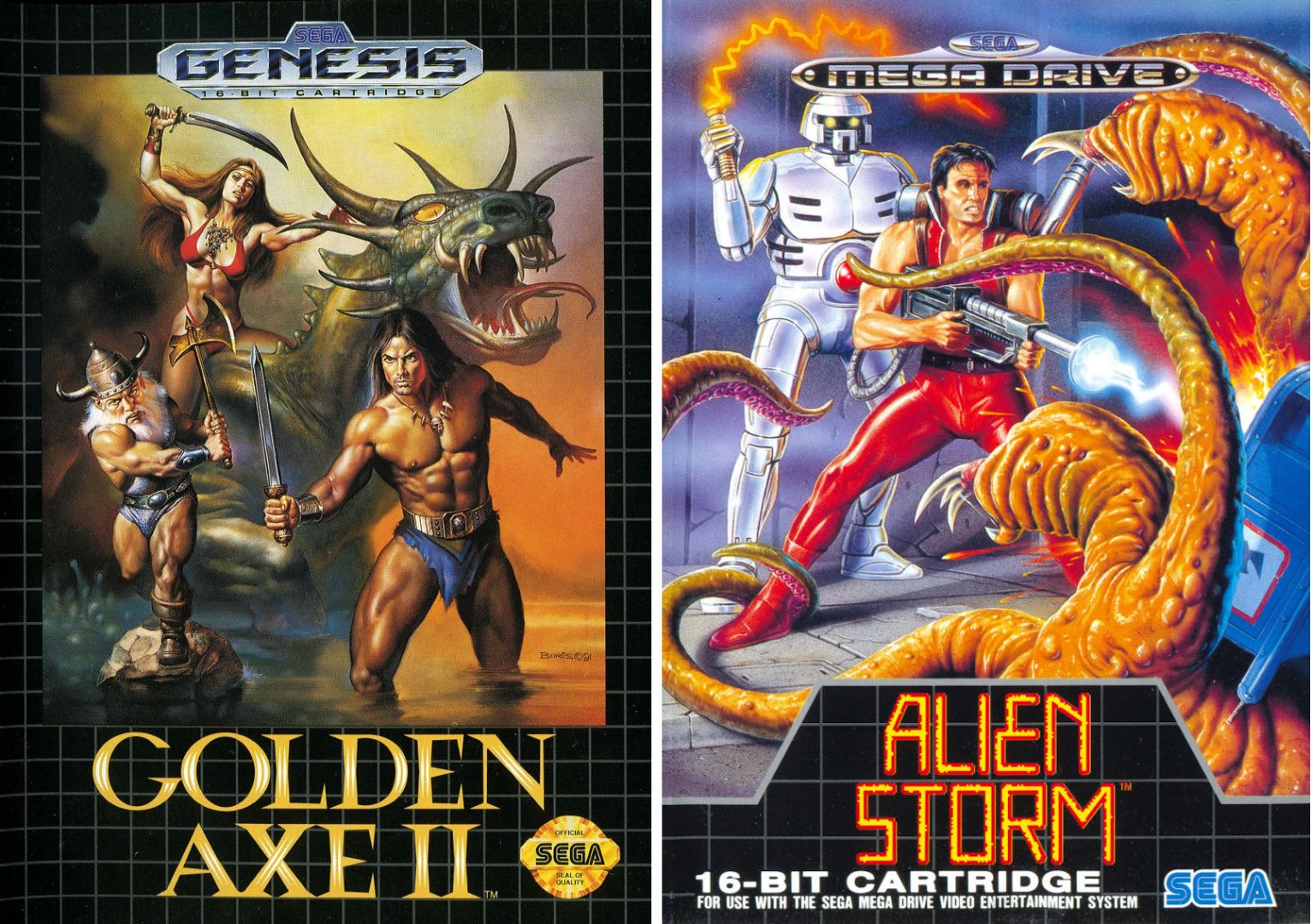 The Nintendo Switch Online Plus Expansion Pack is a yearly subscription that gives players access to numerous features. Among those features is a library of Sega Genesis games, playable on Switch with online multiplayer and other enhancements. 4 new games have just been added to the Switch's Genesis library: Golden Axe II, Alien Storm, Columns, and Virtua Fighter 2. Golden Axe II and Alien Storm are classic 16-bit beat 'em ups, and now Switch Online Plus subscribers can play them with online co-op!

Here are the official descriptions of the newly added Genesis games:

Golden Axe II is set three years after the battle with the evil giant Death Adder. Now, the wicked emperor Dark Guld obtains the power of the legendary Golden Axe and leads a clan of demons to conquer the world. Join heroes Ax, Tyris and Gilius and embark on a sword-and-sorcery adventure into a strange world inhabited by revamped wizards, lizardmen and minotaurs to end Dark Guld’s reign of terror.

In Alien Storm, a vicious alien species invades Earth and it’s up to the fearless Alien Busters to stop them! Choose from three heroes – Garth, the bazooka-wielding tough guy, Karen, the lone wolf with a flamethrower and Scooter, the robot with an electromagnetic whip – and neutralize the alien threat, solo or with a friend, in this port of the fan-favorite arcade game from the team behind Golden Axe.

Fall for the classic puzzler Columns, a captivating falling-piece puzzle game with glimmering jewels and soothing audio. Connect gems in horizontal, vertical or diagonal lines to clear them and increase your score. Plus, you can play several different modes, including two-player Doubles and Flash Columns!

Step into the ring with Virtua Fighter 2, the 2D SEGA Genesis version of the popular 3D fighting game. Choose from a variety of fighters, including Akira, Jacky, Sarah, Jeffrey and Wolf – each masters of styles like bajiquan, jeet kune do, pankration and pro wrestling – and throw down to earn the title of the world’s greatest fighter. Ready? GO! Golden Axe II is a console-exclusive sequel to the original Golden Axe, which was an arcade port. It's not particularly impressive but still a fun fantasy-themed beat 'em up. Alien Storm is an arcade port. The game features both beat 'em up levels and rail shooter levels, making it quite unique among the beat 'em up genre. See our Co-op Classics video review of the Genesis version for more details. Players who crave the arcade version can get it on iiRcade.

The full list of co-op games available with the Nintendo Switch Online Plus Expansion Pack (as of this writing) includes: View the full list of Genesis games at Nintendo.com. A 12-month subscription to the Nintendo Switch Online Plus Expansion Pack sells for $49.99 at Amazon and other retailers.