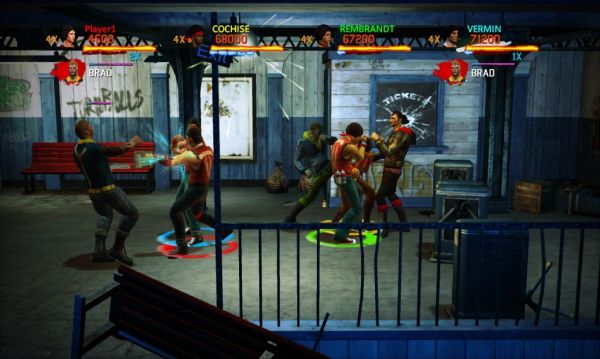 Paramount has just released a handful of screenshots for their upcoming Warriors title.  The game will be released on the Xbox Live Arcade, just in time for the movie's 30th anniversary.

We don't know much about the cooperative play so far, other than at least four player local co-op will be supported.  The game is being developed by CTXM, who created Heavy Weapon and Feeding Frenzy for the Xbox Live Arcade.  The Warriors seems to be a slight departure from their previous work.  This is not the same game made by Rockstar Games a few years ago.

The new screenshots show off a variety of locales, and everyone is filled to the brink with manly warrior-ness.  Can you handle it?