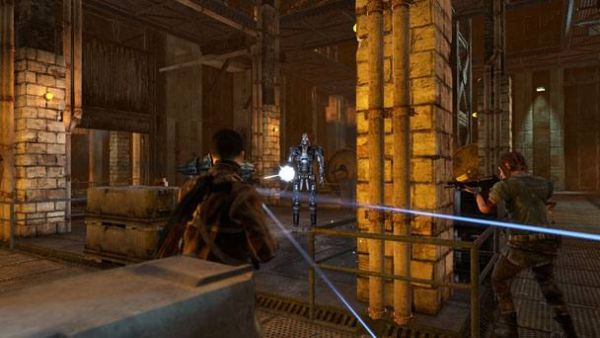 Tis the season for summer movie games!  Fortunately for us, at least some of these games feature co-op.  Terminator Salvation's tie in game is one example, featuring local split-screen co-op.  Shooting metal cyborgs with futuristic weapons with a pal sounds like a good time to me.

In addition to the requisite video game, Terminator Salvation has hit the Twitterverse!  The latest "gotta have it" social networking tool is being used for a Twitter game.  You can sign up and find more details at the game's blog, Resistance2018.com.

Of course, as a loyal Co-Optimus fan, I am certain you're following us, so why not join the Resistance too?  I'll be on there as well, fully appreciating the irony of a Twitter game based on a story where machines take over the world.