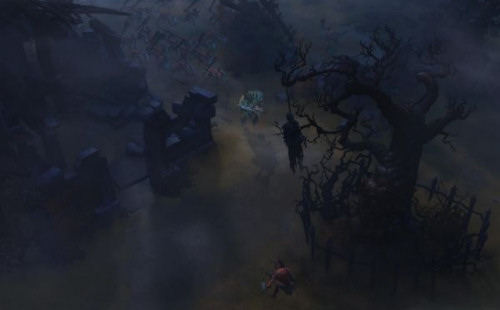 Blizzard has unveiled The Fallen Ones, a breed of enemy found in the upcoming co-op RPG Diablo III.  These creatures are said to be of true demonic origin, and in a written diary by Abd al-Hazir, are described in great detail.

Imps, Shamans, Overseers, Hounds, and more grace the pages of his book complete with concept art and video footage of them in action.  Just when you think all has been revealed about these creatures, he hints at the existence of at least two more types.

We've gotten a hold of three new screenshots from Diablo III, showcasing the epic battle with these creatures.  Hopefully sooner, rather than later, we'll be fighting side by side with our friends taking on the endless hordes of Hell.