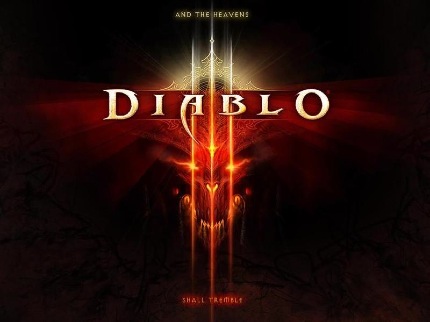 Judging by the popularity of our Co-Op Classics story on Diablo, people really like the series.  It's successor was even more popular and continues to played today by many.  Eight years after Diablo 2 was released Blizzard has finally announced Diablo 3!   For an entire week the Blizzard website teased us with something, and many thought it was actually a World of Warcraft Expansion - but alas the great demon is born again!

Not much is known about the game, currently the website is getting pounded.  Apparently there's screenshots and other media available.  An insider has told me the story of Diablo 3 has the forces of Hell invading Heaven for an all out climatic battle for the trilogy.  There's going to be a constant struggle of light and dark, weapons and items for instance can change from good to evil and vice versa.  Obviously there's no details for the co-op modes, but you can guarantee there will be some; our best guess is at least 4-player co-op like the game's predecessors.

Update:  Joystiq is currently watching a live demo of the game.  The game's lead designer Jay Wilson has called the game primarily cooperative and showed off two character classes; the Barbarian and the new Witchdoctor  (a master of disease and fire who will control pets).

Update 2:  The European site seems to be working.

Keep and eye here as we'll update you with media and information as it becomes available!  DIABLO 3!!!!!!