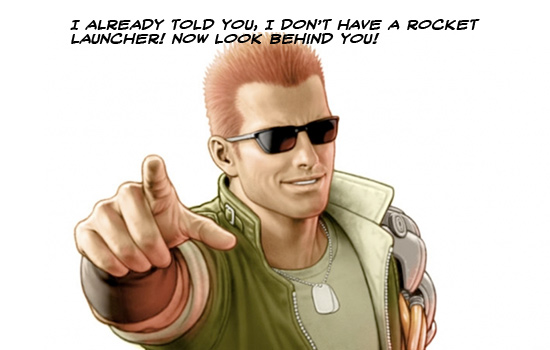 Hello friends, it's your old pal Mike! Since I hadn't had a chance to co-op recently, and Xbox Live was down last night (and I don't have a headset for PSN), I'm here to regale you with a tale of a feature that Jason and myself tried to get off the ground, but ultimately couldn't make work. It didn't have a name, but it did culminate in one of my favorite "co-op" (take note of those quotes) moments in recent memory.

The premise was simple: Jason and I would play a variety of co-op games and record audio of our sessions.  Since we tend to openly mock one another even while working as a team, we figured this feature would be a good way to bring comedy to you fine readers.  Since it was up for review at the time, we started out with a co-op session of Pixeljunk Eden, a game we had both somewhat enjoyed in our solo playtime.

What we did not anticipate is that our lack of experience playing the game, combined with the added pressure of trying to be funny ended up with both of us grunting in frustration at our complete lack of coordination.  I can count on one hand the number of times we were even able to make a co-op jump. Most of the time, one of us went spiralling out of control off to the bottom of the screen.  Perhaps if it had been a VIDEO feature it would have been hilarious to watch our absolute frustration.

In any case, after our dismal performance with Pixeljunk Eden, we decided to move on to a game which we both had some degree of skill in: Bionic Commando Rearmed.  Rolling through the levels in our quest to save Super Joe, we had a grand time, mostly forgetting our previous failures and laughing at each other when we failed to make some of the crazier jumps.  It looked like our feature would be saved, but there was a fatal flaw yet to come: we obtained the rocket launcher.

From that point forward, BCR ceased to be a co-op experience, and more a game of mistrust. Whenever Jason would attempt a jump, I would come from behind and blast him out of the air with a well-timed rocket, and he would merrily return the favor.  Eventually, all pretense was dropped and we spent the remainder of our time doing our best to create comedically-timed rocket blasts.

If you take away one lesson from this article, let it be thus: never trust Jason or myself with a rocket launcher, especially when we have features to create. Good night.