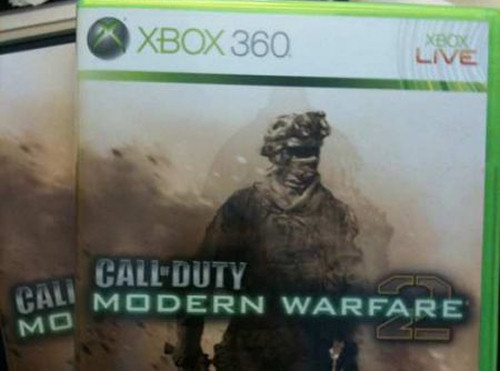 It's amazing how three little words can cost so much money, but that seems to be the case with the whole Modern Warfare 2 naming fiasco.  In what is most likely Activision's attempt to create two franchises, the renaming of Call of Duty: Modern Warfare 2 to Modern Warfare 2 and back again has yielded interesting results.

At first, the re brand seemed to hurt sales and interest.  So what does Activision do?  They name it back again.  In doing so, interest in the title magically goes up again.  But if you think that's the end of the saga, you are sorely mistaken.

The latest information from Nielsen’s videogame tracking service shows that the title “benefits substantially from association with its multi-platinum parent franchise Call Of Duty.”

The recently announced Prestige Edition and the Hardened Edition of the game still lack the Call of Duty branding, leaving the only remaining version with the CoD branding as your normal vanilla box.  Furthermore - PC users won't even have the option to purchase any special edition with trinkets, but instead are stuck with their plain cardboard box.

So why all the discrepancy?  My theory is that Activision and Infinity Ward know that gamers who purchase the Modern Warfare 2 special editions already understand the brand.  There's no need to tack on the CoD name.  This sort of puts MW2 as a transition game for the brand, as the casual consumer usually follows the hardcore.  I guess only time and Modern Warfare 3 will tell what the next game is called.