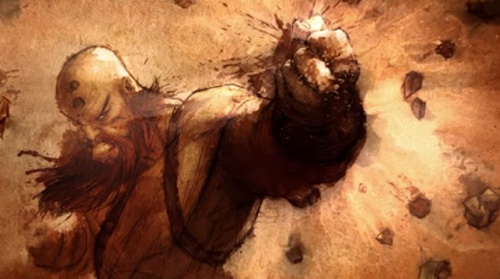 It's patch Tuesday...for Diablo 3.  Blizzard has taken down the servers, uploaded a new build, and required you to enjoy its nerfing goodness in your game.  Version 1.02 of Diablo 3 includes a host of new fixes and enhancements, including some balance tweaks to character skills in what looks and sounds very MMO.  Expect to see quotes like this quite often.

Regarding the changes to Lingering Fog, Boon of Protection, and Force Armor: we determined these skills were simply more powerful than they should be, and we felt their impact on class balance and how each class was perceived warranted hotfixes as soon as we were able.

Of course when I went to log in to enjoy the game with a short 30 minutes of free time, I was greeted with a hung login screen and a missing character after almost 5 minutes of waiting.  Maybe they patched Error 37 out of the game?  I guess I'll play the game another day.

Other changes include balancing out the inferno difficulty, making rare items more clear that they were actually rare, and changes to the crafting system.