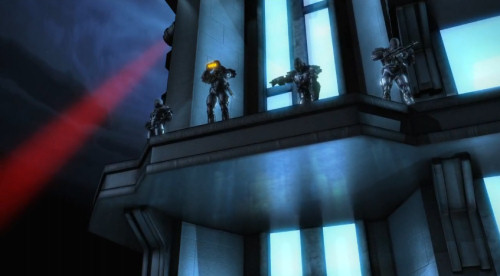 Eurogamer recently sat down with Crackdown 2 producer James Cope.  In the interview, Cope gave lots of details about the upcoming open-world co-op sequel.  One of the best points, for fans of co-op, at least, was the freedom from restrictions for co-op.  No "Special Ops" mode here; the entire game is available to experience with your fellow agents.

What we think is uniquely Crackdown is that that experience isn't limited, there's not a corridor of gameplay you go through, so you and your mates can really do anything you want. Four of you can be at four different corners of the world doing four different missions, for example, and that's something that is unique to us, we think. But for the purposes of the video you can't really show that very well [laughs].

It's nice to see a developer buck the trend of only including co-op in certain modes, like that of Modern Warfare 2 or Ghostbusters.  To say we look forward to Crackdown 2's release would be a bit of an understatement!