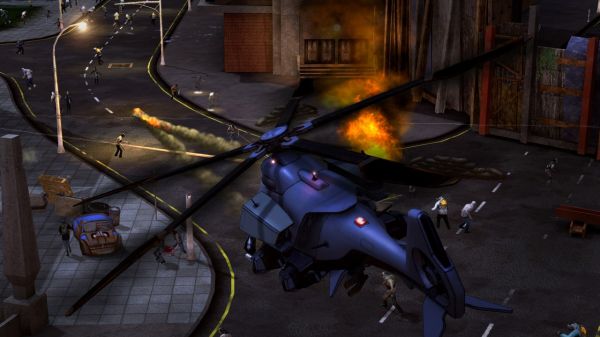 The second thing?  Friggin helicopters!  That's right, you'll be blowing up the city with your friends flying helicopters!  Now combine that with the new magnetic mine and the possibilities for chaos are growing exponentially.

Shacknews has a short preview of the game, and theme of the game seems to be verticality.  Bigger sky scrapers, more points to climb, and the aforementioned helicopters all attribute to this.