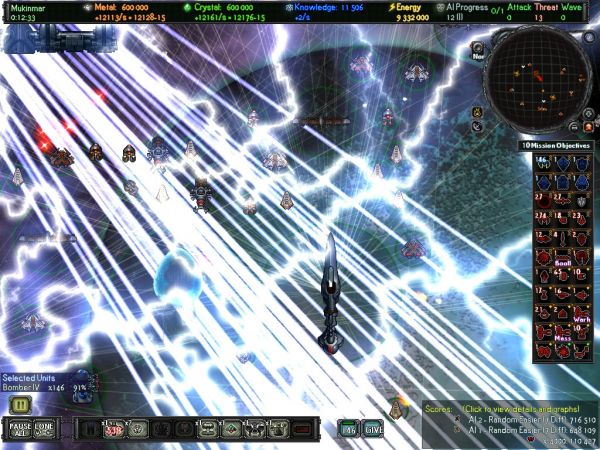 As the weekend approaches and you're wondering what you might be playing, three indie developers are offering up each of their strategy-based PC titles in a bundle deal that will run you just $49.99 (as opposed to the regular $90 price for all three).  This deal runs from now until March 9th, so you have a couple days past the weekend to pick it up.  One of these titles is the co-op RTS title, AI War: Fleet Command, and its recent expansion, The Zenith Remnant.  In our review of the game, we felt that the co-op portions of AI War worked really well and the different AI foes, which The Zenith Remnant expanded upon, you could select kept the game interesting.  Each of the titles includes a demo, so you can check each title out before committing to anything.  While we haven't had a chance to play the other two titles being offered, PC gamers that are fans of the Sins of a Solar Empire series should definitely give AI War a spin.