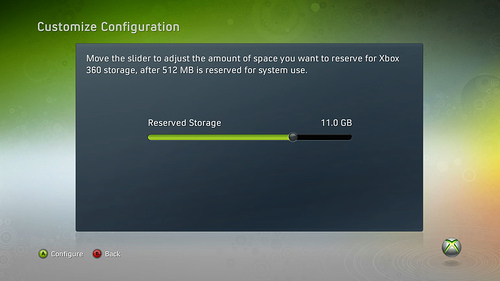 Microsoft has announced an that April 6th is the day for the next Xbox 360 Dashboard update, and while we don't know what other features it will include, we do know it'll include the ability to use USB devices for storage, a first for the console.

These devices are limited to 32GB in size, and you can only have two plugged into the console at a time.  The interesting bit about this is you can actually use a larger hard drive and partition off a section just for your 360 content.   Microsoft has also announced it's partnering with San Disk to bring Xbox 360 branded flash devices to the console.

WIth this announcement, and the recent 250GB hard drive announcement, storage should never be an issue on teh 360 - especially with so many options.