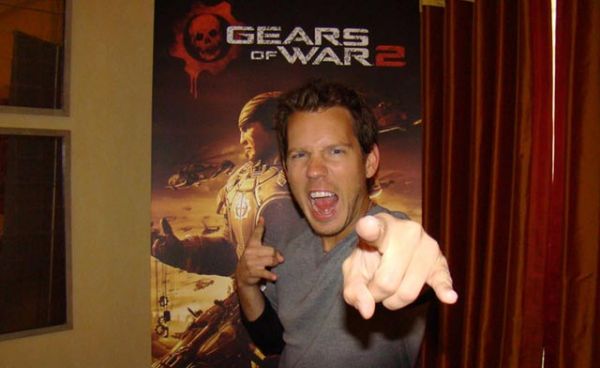 Tonight was the night that Epic Game's designer Cliff Bleszinki would unveil Gears of War 3 on Late Night with Jimmy Fallon.  We presume it was Gears of War 3, but perhaps it's a new Jazz Jack Rabbit game.

The truth of the matter is Epic wanted to polish what they were showing, so they threw the bun back in the oven for a few more days.  Reset those TIVOs, new time is 12:35AM EST on April 12th for the big reveal.