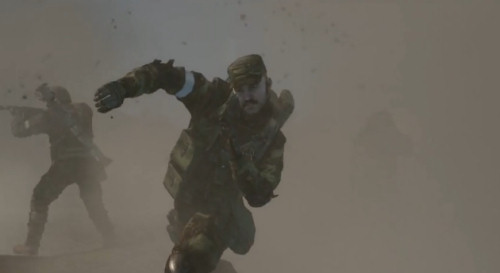 Battlefield: Bad Company 2 was an excellent game by any account, but we couldn't help but feel the game's campaign needed a co-op element.  While we won't be getting that anytime soon, EA is bringing us premium DLC for the game called Onslaught.  Onslaught is a cooperative mode for four players on Valparaiso, Atacama Desert, Isla Inocentes and Nelson Bay.

Fans of the game's versus multiplayer will immediately recognize this map names, but now they have been redone for co-op.  Your team will need to complete objectives on each of the maps, with some maps focused on vehicle combat and others more on infantry.  Plenty of AI soldiers will stand in your way, and it appears as if you'll be ranked somehow as the content promises dedicated leaderboards.

Currently the content is slated for the Xbox 360 and PlayStation 3, so the PC version is left waiting.  Check out the first trailer just below and let us know what you think!