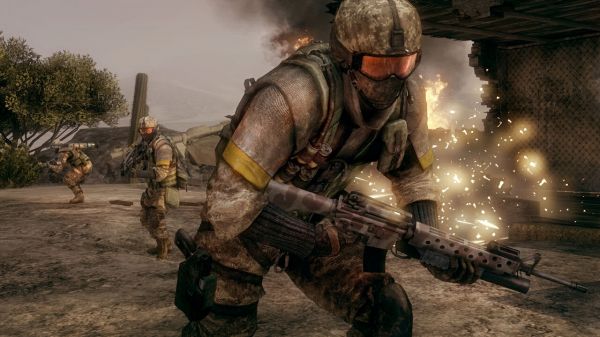 It's a great week to be a co-op gamer with an Xbox Live Gold membership.  Last month, a poll was set up to allow folks to pick their choice for a Deal of the Week, and the winner was Battlefield: Bad Company 2.  The deal has gone live this week, and you can nab the co-op Onslaught DLC for a mere 400 points, half off the normal price.

Similar savings are being offered in celebration of forum favorite Borderlands getting the Games on Demand treatment.  You can save 50% on each of the first three DLC packs for the game: Secret Armory, Zombie Island, and the Underdome.  Each of these will set you back only 400 points this week.  Don't forget the other promotion going on right now; if you spend 2400 points total in October, you'll get 800 points back at a later date.  Each of the deals is pretty good seperately, but combined, they're even better.  So go spend those points, folks!