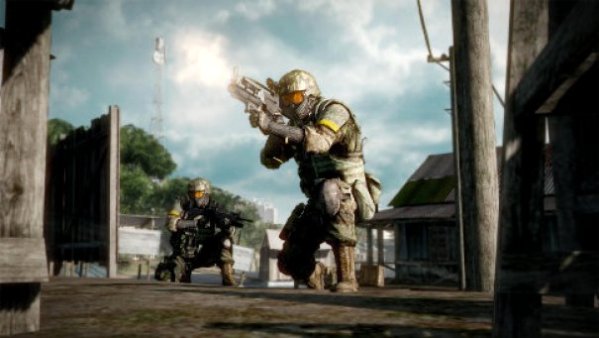 Shazbot. Battlefield: Bad Company 2's co-op afterthought mode, Onslaught, will not be coming to PC, after all. Althought DICE has claimed that they are working too hard on making Battlefield 3 "the biggest launch in DICE's history", I wouldn't be surprised if Onslaught's somewhat low profitability was a major factor. The download-only title Battlefield 1943 has also been canceled on PC, which is no surprise; the hype for it is pretty much dead in the water now that Bad Company 2 has been on shelves for nearly a year.

Series fans with the co-op itch will have to settle for the console versions of Onslaught, and keep your fingers crossed for a co-op mode in Battlefield 3...after all, they are promising the "best Battlefield game ever".