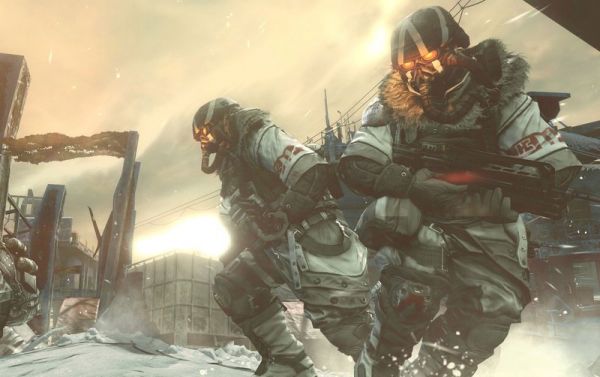 Killzone 3 - rumored in October and announced yesterday - is looking to get ahead in one area and catch up in another: the 2011-slated sequel intends to bring stereoscopic 3D support to the series...as well as adding co-op in both the campaign and side missions. For now, we have to tag the co-op support as an unconfirmed rumor...but to be honest, we'd be surprised not to see it. In light of recent and upcoming major releases, Guerilla Games and Sony should know all too well the marketability of cooperative gaming.

According to CVG online, co-op will make a comeback to the Killzone games, something we haven't seen since the PSP title Killzone: Liberation. Not only will the main campaign purportedly support two players (offline/online options unknown), but Guerilla Games is expected to add a four-player co-op mode as well. We're looking forward to confirmation in the near future; rest assured we'll let you know!