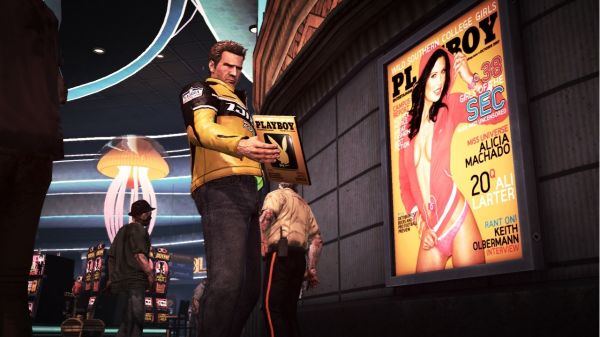 In fact the entire magazine system in Dead Rising 2 will feature actual - yet to be named - publications for players to collect and unlock items for their Chuck character.

“The Sin City-type environment in Dead Rising 2, Fortune City, is a natural playground for the Playboy Bunnies,” said Seon King, Senior Director of Licensing for Capcom Entertainment, Inc.  “We have integrated the Playboy brand throughout the game in ways that bring even more life to Fortune City and add to the user experience.”

I guess this is one of the advantage of having an M rated game and knowing it's an M rated game.  Dead Rising 2 is out this fall on the Xbox 360 and PlayStation 3.  Playboy is out now and located in your favorite hiding spot.