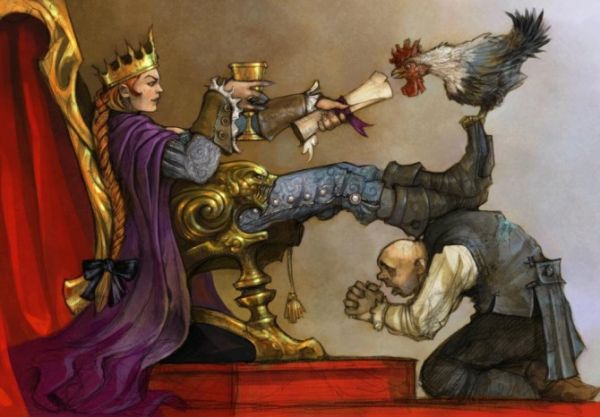 The upcoming release of Fable 3 looks to take everything learned from Fable and Fable 2 and add its own unique flare to it. Sure, you've heard a lot of hype before and the games always seem to have great potential, but fall short in some aspects - this time, however, we've heard what the co-op is like, and we can at least give that aspect the Co-optimus seal of approval.

Peter Molyneux of Lionhead studios himself gave Shacknews.com the rundown on the gameplay mechanics, RPG elements, and even a great detailing of how the co-op will work. We're stoked to try out some of these new elements, hopefully working just the way Molyneux says they will.

Molyneux gave a lot of comparrisons to Fable 2, explaining how he was disappointed that the story wasn't memorable, and the mechanics with starting a home (or in my case, 5 or 6 homes) having little impact on the actual world of Albion. Molyneux assures us that Lionhead studios is doing a lot to remedie these issues, making the Fable world wholly integrated with the players actions, as well as to the epic scale to be expected from one of his games.

Players will take the role of the son or daughter of the protagonist from Fable II. The player's brother, Logan, has ascended to power and is king of Albion, but he rules with an iron first. The first half of the game is spent forming a revolution and overthrowing your brother, while the second half is what happens after you become king.

The story promises to be more memorable because hey, you're going to be the freaking King. Well, if you can successfully conduct a coup against your evil brother. Molyneux was a bit hush-hush about what will happen when you get that crown, but he assures us that every action and promise you make before taking the throne will come back around to you. Make good on your promises, or anger the citizens - sounds pretty interesting so far.

Then comes the element that will make all of your actions impact your progression through the story. Instead of standard RPG style leveling up, you will level based on the amount of followers you obtain.

As the story follows your coup, the measure of your progress will be the amount of people in the game won over to your side. Followers will be earned by completing quests, defeating enemies, and doing other RPG-like tasks. Followers, in turn, will unlock more of the game's progression.

Because nothing Molyneux dreams up is ever small, there will also be a unique morphing aspect to your weapons as you use them. Depending on your play style, your weapon will change to fit you. This is presumably to replace the leveling certain skills aspect, as melee, ranged, and magic accessories and weapons will all morph depending on how you use them.

If you use a lot of quick attacks, a sword might shrink in length becoming more dagger-like. Conversely, large flourishes and strong attacks will morph the sword into a more lengthy beast. Eventually, a weapon will be so customized that it will take your name, forever branded with your influence. It can still be traded and sold at this point. There are some 88,000 combinations within each weapon type and will happen organically over a weapon's lifetime.

One other big game element to change is the in-game menu. Instead of having all of your gear right there in a menu, you now have an in-game sanctuary that you can teleport to whenever necessary. This area will house your maps, weapons, clothing and other accessories for your use.

Saving the best for last, we have an interesting insight into how the co-op will work. Since Molyneux, as well as Co-optimus, was disappointed in how the co-op worked in Fable 2, it basically got an overhaul. According to Peter Molyneux, the co-op is:

Being locked together was tedious. We had the henchman [mechanic], which was a bit weird. So Fable III's co-op: when you bring someone into your world, their hero comes into the world - with their dog. You do have the two dogs meeting each other. With that co-op player, you can be seperated. One of you can go off and do a job, the other can do a quest. You're not locked together with the camera. You can marry your co-op buddy. You can have sex with your co-op buddy - sorry, Americans - you can have children with your co-op buddy.

I think this sounds like a much better use of the co-op mechanic - hopefully not too many Americans complain, we do have a rating system for a reason. Now we want to hear your thoughts on the whole co-op overhaul for Fable 3. It certainly sounds more like co-op to me than the "henchman" style they had before.