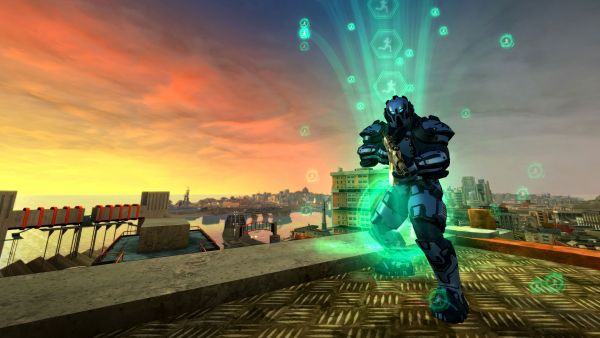 Generally speaking, we're not particularly surprised that Achievement Hunter has set up an Orb map for Crackdown 2, but we're a bit put off that co-op orbs are missing from the list. Anyone who has played Crackdown 2 has noticed the little gray Xbox LIVE Orbs around the city. You need two or more players in the same area to collect these skill enhancing orbs, and the orbs also end in an achievement when you get them all.

Edit: Some new insight on this interactive map has been added.

We're not sure why this wonderfully interactive map is missing the gray co-op orbs, but hidden blues and agility green (and even the Audio Logs) are mapped out for users to systematically find. If you hit up on your directional pad, a brief blip of orb locations pops up on your tracker - all three orb types included. This whole map idea is wonderful, and incredibly helpful to gamers that desire absolute completion in their games.

We suggest checking out this list, and maybe dropping them a line suggesting they add the co-op orbs. This detailed map of Pacific City's orbs is after all, still in progress.

[UPDATE]: Achievement Hunter's Jack Patillo contacted me and let me know that Co-op Orbs will be included in the map as soon as the hidden orbs are all mapped out. The reason this is taking so long is the ambitious Jack has been including YouTube videos on each and every orb, helping people find those ones that appear, but who knows what level of any of the games skyscrapers they might be on.

We're really glad to hear this will now be a complete definitive guide to all things Orb in Crackdown 2. I suggest checking out this particular map for all of your orb and audio log needs.