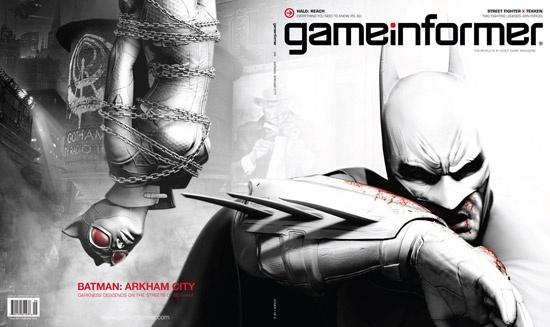 According to the Escapist, the latest issue of PSM3 contains a Batman: Arkham City feature that says  "multiplayer is a certainty, but no details on this yet."  As we mentioned after the Game Informer cover reveal for the game showcased Batman and Catwoman, we hoped to see some form of co-op in this game.

The Escapist points out recent screenshots from the game that showcase Catwoman attacking Two-Face, hinting at some sort of team up between the caped crusader and our nine lives mistress.  Multiplayer doesn't necessarily mean co-op though and we could see some sort of versus challenges as an extension of the Predator Challenges of the first game.  If anything this co-op wish has just become a rumor and well on it's way to a full reveal.  Perhaps with PAX this weekend and the Tokyo Game Show later this month we'll be getting details sooner than we previously hoped.  If not, I may just have to give the Commissioner a call.