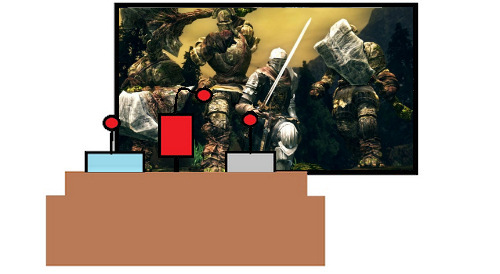 There is a plague that has infested the Co-Optimus staff, and its name is Dark Souls.  It sucks the time out of our daily lives and taunts you with the promises of "rewards" only to be greeted with a death screen...over and over again.  All isn't lost though - many of the staff don't fall for Dark Souls's false promises and instead are dipping into something a little more friendly.

Nick "bapenguin" Puleo (@NickPuleo) - "Should be checking out Retrovirus and maybe finishing up Max Payne 3 now that I've fired up the co-op mode.  Also checking out the SimCity beta."

Andrew "Cubninja" Gaskill (@cubninja) - "I'll be adventuring through The Cave, which doesn't let you die, apparently. When I'm feeling particularly immortal I'll jump into Dark Souls and put an end to that."

Marc "DjinniMan" Allie (@DjinniMan) - "I will be playing some classics to get gameplay footage: Aliens and Aliens Vs. Predator!"

Jason "OrigamiPanther" Love (@JLove55) - "I hope to play a little more Dawnstar this weekend, along with some Retrovirus. I will mainly be playing a lot of board games, though. Analog occasionally beats out digital."

Paul "EastX" Acevedo (@SegaCon) - "I'll be playing Skulls of the Shogun, House of the Dead Overkill on PS3, and maybe some Dance Central 3, Borderlands, and Halo 4."

Sam "Samoza" Tyler (@reelsamtyler) - "Back to Assassin's Creed 3 for me and some DMC action on the solo front."

Locke Vincent (@LockeVincent) - "Going to shake this DOTA2 kick with some DmC: Devil May Cry and dip back into Spartan Ops. "

Tally "xelissa" Callahan - "I have waaaay more games lined up this weekend than I'll ever have time to play. I'll be choosing from Path of Exile, LEGO Lord of the Rings, and Ni no Kuni. My friends will probably get me to play some DotA 2 as well."