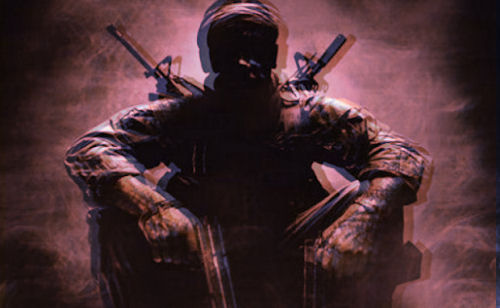 3D is all the rage these days.  Movies are doing it, Blu-Ray discs are doing it, and games are doing it.  But as the saying goes - if everyone jumped off a bridge, would you jump too?  The answer for Treyarch, developers of Call of Duty: Black Ops, the answer is apparently yes.

The game is getting a stereoscopic 3D option which can be enabled in any of the game's modes including campaign, co-op, and versus multiplayer.  The option will not only be on PlayStation 3 - a system which has been touting its 3D readiness for sometime - but also on the Xbox 360 and PC.  The latter will require NVidia's 3D Vision setup to work while the consoles require a 3D capable TV.

Joystiq went hands on with the new mode and came way quite impressed.  Despite a drop in visual fidelity - due to the need for the game to render the scene twice, once for each eye, the effect was impressive and added to the experience.

While the image may not be as detailed or sharp, Black Ops' selling points still remain in 3D: its fluid animation and focused art direction aren't lost in the translation. As with movies that take advantage of the feature well, the 3D effect isn't overstated here. More subtle examples of the technique -- a thin cloud of smoke that permeates the air, and the way your sniper barrel comes out of the foreground -- helped "sell" the experience. I was mesmerized by the HUD and subtitles (which also appear in 3D). But the highlight of the demo had to be a level that places you in the cockpit of a low-orbit plane. From that perspective, the dashboard, buttons and switches looked especially realistic.

If you want to know about about enabling 3D in Call of Duty: Black Ops - hit up the official website.

For me personally - I'm tired of the 3D trend.  It's a waste of resources for a gimmick that a lot of folks can't experience or don't care to experience.  I feel like the content providers are trying to shove this down our throats, and in a time when most consumers are hurting for cash, asking them to spend $2500 on a 3D capable TV seems insulting.

What do you guys think - is the 3D trend worth the bucks or is it something you hope passes?